With its late September 2020 date and a summer of potential progress toward fighting the coronavirus pandemic, the Ryder Cup became the one major golf event many hoped could avoid being impacted by COVID-19. But as the prospect of allowing fans to attend the match at Whistling Straits in Haven, Wis., dimmed and resistance from players toward competing without spectators grew, the inevitable became official on Wednesday.

The Ryder Cup has been postponed until 2021 with the Presidents Cup also moving back a year to 2022. The news came as part of a joint announcement from the PGA of America, PGA Tour and European Tour.

“Unlike other major sporting events that are played in existing stadiums, we had to make a decision now about building facilities to host the 2020 Ryder Cup at Whistling Straits,” said Seth Waugh, PGA of America CEO, in the statement.

“It became clear that as of today, our medical experts and the public authorities in Wisconsin could not give us certainty that conducting an event responsibly with thousands of spectators in September would be possible. Given that uncertainty, we knew rescheduling was the right call.

“We are grateful to Commissioner Jay Monahan and our partners at the PGA Tour for their flexibility and generosity in the complex task of shifting the global golf calendar.“

Though professional golf has returned in the United States with the PGA Tour resuming competition in June, safety measures have kept fans from attending events, and it appears due to the virus’ spread across the country that stance will continue for the foreseeable future. In April, Waugh confirmed his organization was exploring the prospect of a fan-less Ryder Cup. However, players from both sides—particularly Rory McIlroy and Brooks Koepka—were vocal in their opposition to hosting an event without spectators. 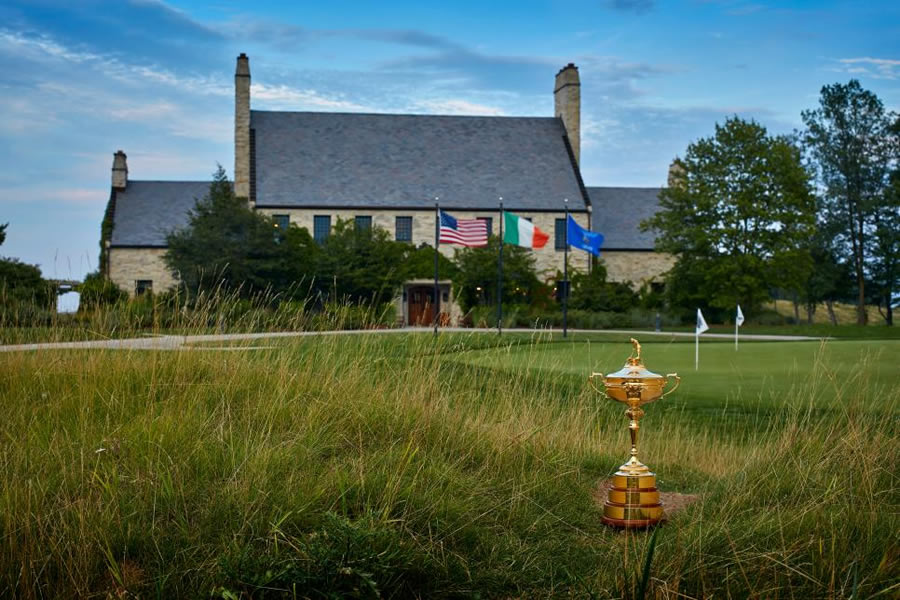 But the Ryder Cup’s financial importance to both the PGA of America and European Tour complicated matters, as postponing the event could have major implications on both institutions. This is especially true of the Euro Tour; CEO Keith Pelley already warned things could be radically different when the tour restarts this month due to new budget constraints.

There was also the matter of coordinating the move with the PGA Tour. While the tour does not operate or oversee the Ryder Cup, it does run the Presidents Cup, the biennial match between United States and International players outside of Europe. To move the Ryder Cup back required the tour signing off on delaying the 2021 Presidents Cup, set for Quail Hollow in Charlotte, to 2022.

“These two premier international team events are lifted by the spirit of the fans,” Monahan said in the statement. “With the uncertainty of the current climate, we fully support The Ryder Cup’s decision to delay a year in order to ensure fans could be a part of the incredible atmosphere in Wisconsin, and the delay of this year’s Presidents Cup was the right decision in order to allow for that option.”

Said U.S. captain Steve Stricker, “While it is disappointing that the Ryder Cup won’t be played this year, the decision to reschedule is the right thing to do under the circumstances. At the end of the day, we want to stage a Ryder Cup that will rival all other Ryder Cups in my home state of Wisconsin, and now we have the opportunity to showcase the event as it was meant to be seen.”

The Ryder Cup’s postponement will have a domino effect on the both competitions. The Ryder Cup will return to an “odd year” cadence, which is how the event was held from its founding in 1927 to 1999. The Sept. 11 terrorist attacks in the United States pushed the 2001 event to 2002, and it has stayed on an even-year rhythm since.

One other change due to the Presidents Cup postponement: The PGA Tour’s 2021 Wells Fargo Championship will be held at Quail Hollow, with TPC Potomac hosting the event in 2022.