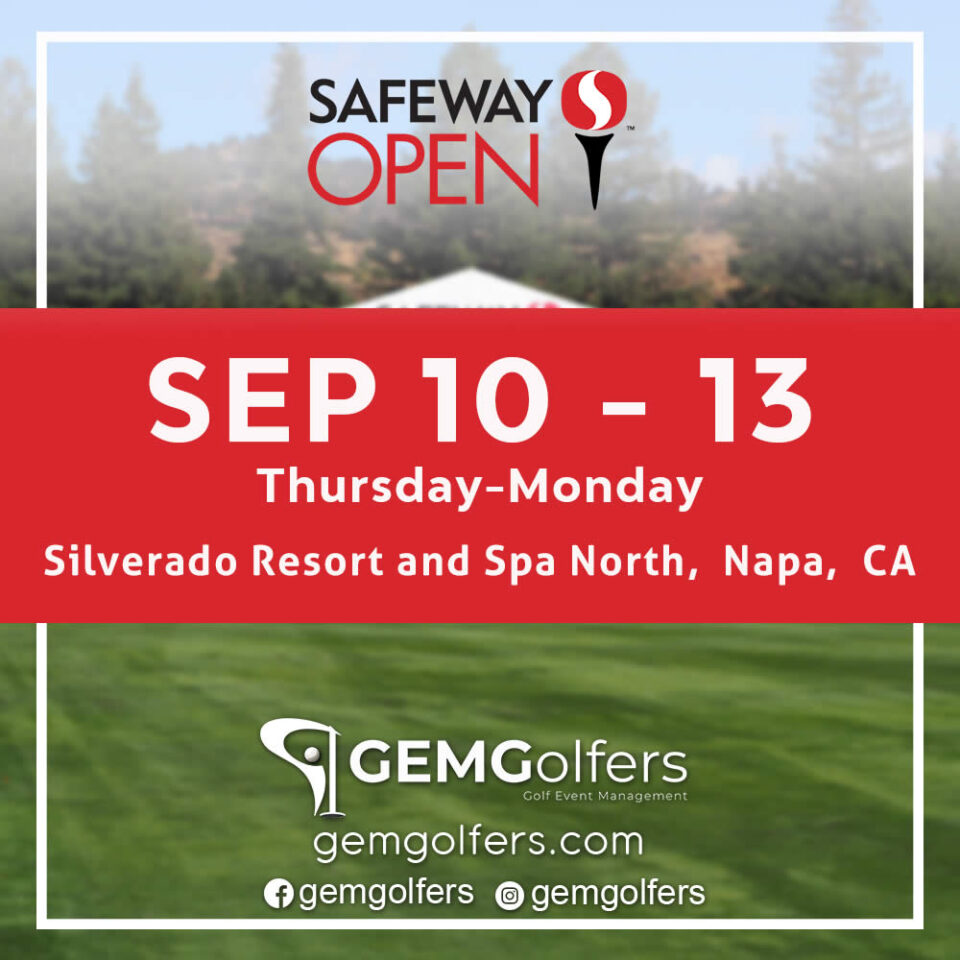 Welcome to a brand-new season on the PGA Tour. After the FedEx Cup and a wonderful victory by Dustin Johnson now PGA Tour Flight comes to The Safeway Open. The Safeway Open is a professional golf tournament it had been first staged in 2007 as the Fry’s Electronics Open at Grayhawk Golf Club’s Raptor Course in Scottsdale, Arizona.

The 2020-21 season will begin with the Safeway Open at Silverado Resort and Spa’s North Course in Napa, Calif. Johnny Miller, the two-time major champion and World Golf Hall of Fame member, is part of the resort’s ownership group and redesigned both golf courses.

Last year’s winner, Cameron Champ, is not back to defend this year, as he prepares to compete in the US

Open after playing in the Tour Championship last week.

Top Golfers within the Safeway

The field will include with the 156-player such as, Jordan Spieth, Phil Mickelson is in the field for the fifth year in a row. In fact, No. 24 Matt Kuchar and No. 28 Shane Lowry will be the only two players among the world’s top 30 in the field. The game’s elite players will catch their collective breaths this week after the three-week FedEx Cup playoffs and prepare for next week’s U.S. Open at Winged Foot. T and tournament will be played on September 10–13 2020.

The winner will receive $1.188 million from the $6.6 million purse, plus 500 FedEx Cup points to kick-start the new season. Silverado Country Club measures at around 7,200 yards for a par 72 and has hosted this event since 2014.

What Official is saying about the Event

Below you can check out the forecast for this week at Silverado Golf Course.

Previous Winners of the Safeway Open

Dustin Johnson Cashes in and Finally wins the FedEx Cup