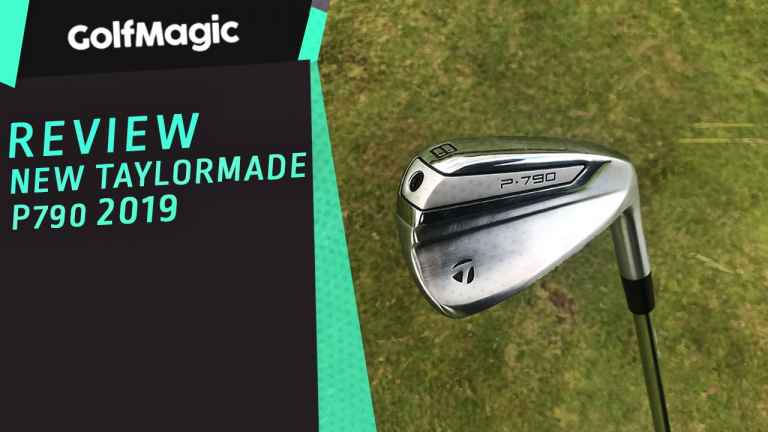 The previous TaylorMade P790 iron was a global success for the brand and was one of the best-selling clubs TaylorMade has ever produced. Due to its success, TaylorMade has launched a new generation of the P790, that are meticulously crafted to combine performance, feel and aesthetics. With some slight changes to both the build and design, the new P790 iron from TaylorMade still has that distinctive feel that you associate with the previous model and in our opinion is one of the best irons we have ever seen. Check out the video below as GolfMagic’s Jack Seddon puts the new P790 irons to the test at Farleigh Golf Club.

When building the new P790, TaylorMade wanted to improve the club but without drifting too far away from the unique elements that made the previous model so successful. The new 2019 model provides a forged iron with a medium-compact head design, with a refined topline, more compact blade length and reduced offset preferred by discerning players.

The all-new 2019 P·790 features a 7% thinner face designed to produce a faster COR and for the first time includes Progressive Inverted Cone Technology (PICT) designed to improve accuracy throughout the set, minimising the right tendency often found in the long irons. The thinner face also maintains sound and feel but enhances feedback regardless of where the ball is struck on the face. 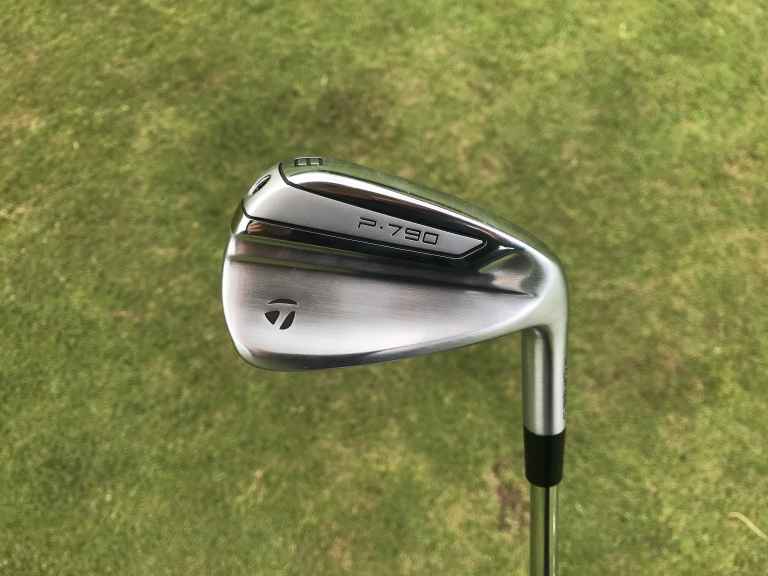 Behind the face of the new P·790 is one of TaylorMade’s most advanced technologies to date: SpeedFoam, a proprietary construction which serves a dual purpose of generating ball speed as well as the management of sound and feel. Injected into the clubhead, SpeedFoam provides the face support and damping properties that make the performance of the P·790 unlike any other iron in the TaylorMade family.

Inside the P·790, a larger mass of tungsten – 15% more than first generation P·790 – has been reshaped to deliver a deeper centre of gravity. This was accomplished through the mass savings in the thinner face as well as by removing mass in the iron frame (high toe area) and repositioning it by way of the larger, low profile tungsten design. The new tungsten design helps to lower the CG and increase the launch angle of the new 2019 model. 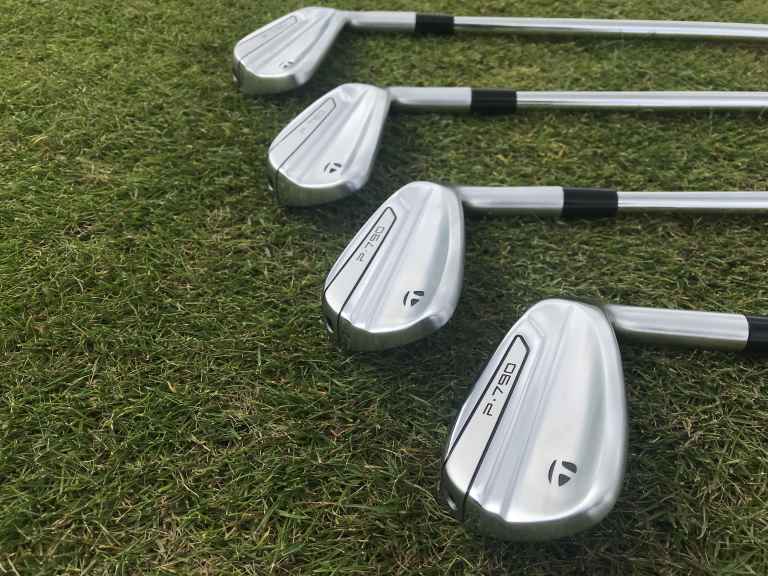 The previous P790 model is widely regarded as one of the best looking irons on the market, but TaylorMade has raised the bar once again in the 2019 model. What I love most is the fact that it still looks like a P790 iron. There are so many elements of the previous model that made it so successful and the design was one of them, so to improve the aesthetics of the P790, but without taking away its distinctive look, is fantastic. The design team could have easily got ahead of themselves and started changing the new model to make it look a lot different, but they kept it recognisable, while still giving it a fresh new look. The shinier finish may be hard to see on the video, but if you compare the old iron with the new P790, the new shine element really makes the club stand out.

The new smaller logo also goes a long way. Similar to the TaylorMade P7TW irons, the small logo adds to the compact look of the club and makes the new P790 iron look a lot cleaner and modernised. The smaller and more compact construction of the new model will go down very well with the better players with a lower handicap, but it also won’t stop the higher handicap players from choosing them, as they’re still packed with all the performance aspects they need, in terms of distance and speed. 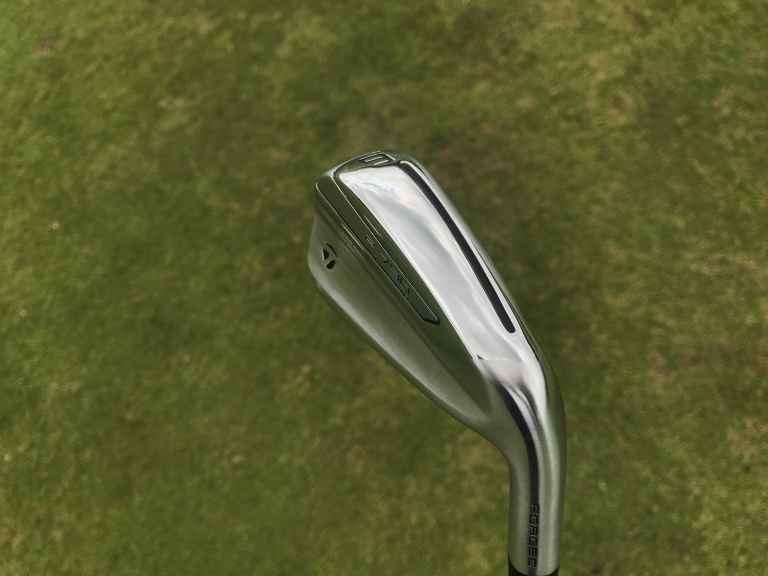 The new P790 iron offered everything you expect to see in the previous model and more. A players iron that looks compact and clean, but provides you with distance, speed and forgiveness. The performance features of the previous model took the golf market by storm, due to the range of handicaps that can use these irons and I expect the new model to do that once again.

The new P790’s feel fantastic and provide a pure feel at impact, but what surprised me was the accuracy and consistency of the new model. The face of the 2019 iron is 7% thinner, which increases the COR area and it was great to see the technology being true to itself, as the new model was even more accurate than the previous, which I have in my bag. 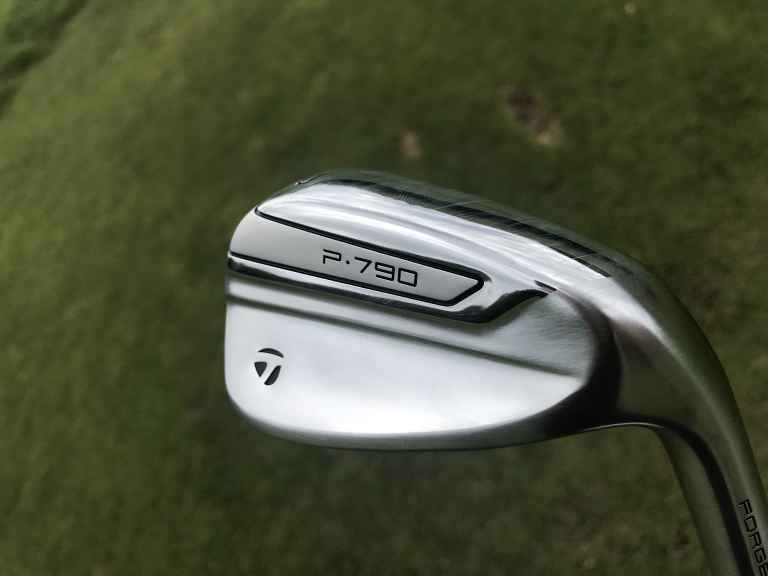 As someone who has the previous P790 irons in the bag, I didn’t think there was much room for improvement, especially without changing the unique feel and design of the club, but the new P790’s provide you with everything you want from the club, in a cleaner, more compact and better-performing model.

Once again, the 2019 model will reach a vast range of handicaps, as there will be single-figure golfers who will love the clean design and compact shape of the new P790, but there will also be players who need distance and forgiveness, which they will find in abundance within the new model.

As well as the new-and-improved P790, TaylorMade also launched a premium iron in the P790Ti, where the body of the club is comprised of a 9-1-1 titanium. To learn more about the P790Ti

Rickie Fowler Me & My Golf