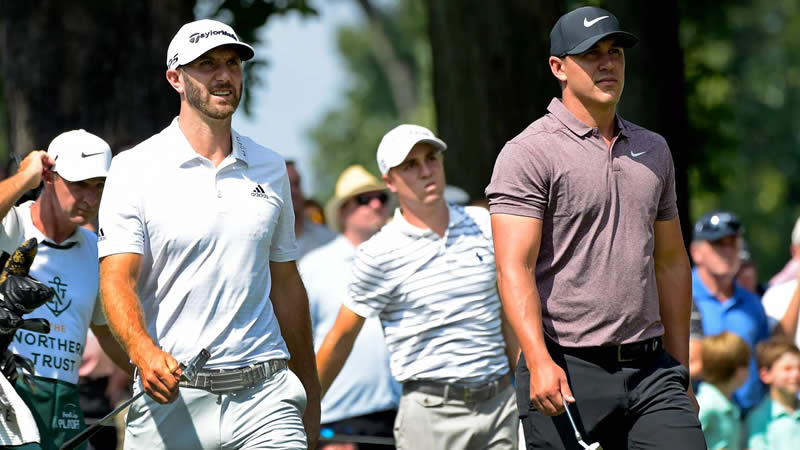 At his first major championship of 2020, Brooks Koepka made headlines by slighting Dustin Johnson’s chances. After his final major of the year, Koepka made sure to do the exact opposite.

“I don’t think anybody was going to catch DJ,” Koepka said on Wednesday at the Mayakoba Golf Classic, reflecting on the Masters. “DJ played pretty good. It was kind of coming, I think we all knew that he was going to win more than one major, and the run he had from Travelers until Augusta was pretty impressive. That stretch of golf will probably go down as one of the best maybe six months we’ve seen in a long time.”

Compare those words with the tone Koepka struck before the final round of the PGA Championship in August, when he was less complimentary of his competition.

“A lot of the guys on the leaderboard I don’t think have won; I guess DJ — he’s only won one. I don’t know a lot of the other guys up there,” Koepka said at the time. His game couldn’t match his bravado, and he faded to T29 with a final-round 74. He ended his injury-plagued season early with a WD in the second round of the playoffs.

Koepka said afterwards that he wished he’d phrased his comments differently, but there was no mistaking his point: When he’s on, he thinks he should beat the world’s very best, and he hasn’t been on nearly enough this year. With that as the standard, Koepka viewed his 2020 in a pretty harsh light. Take some of these quotes:

On his T7 at the Masters: “I mean, I’m disappointed, it’s not been the year I wanted, but just got to move on and keep pushing through. Augusta, I wasn’t pleased with it, but I guess I get to go back next year.”