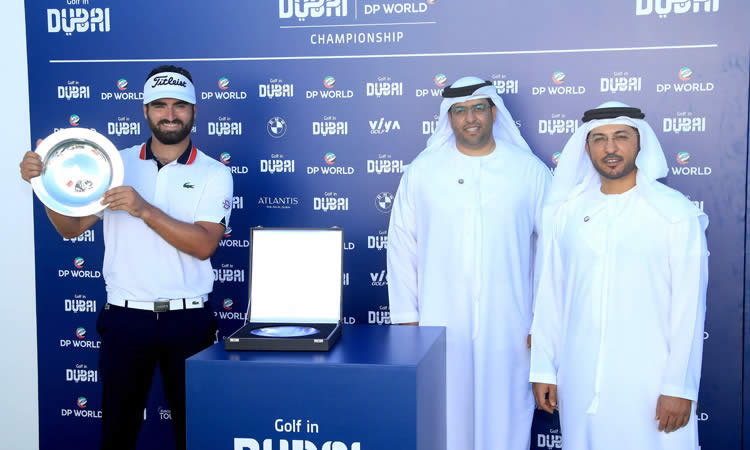 After leading the way for the opening three rounds at Jumeirah Golf Estates, Andy Sullivan was denied victory at the Golf in Dubai Championship as Frenchman Antoine Rozner grabbed the glory on the Fire Course ahead of the season-ending DP World Tour Championship next week on the neighbouring Earth Course. 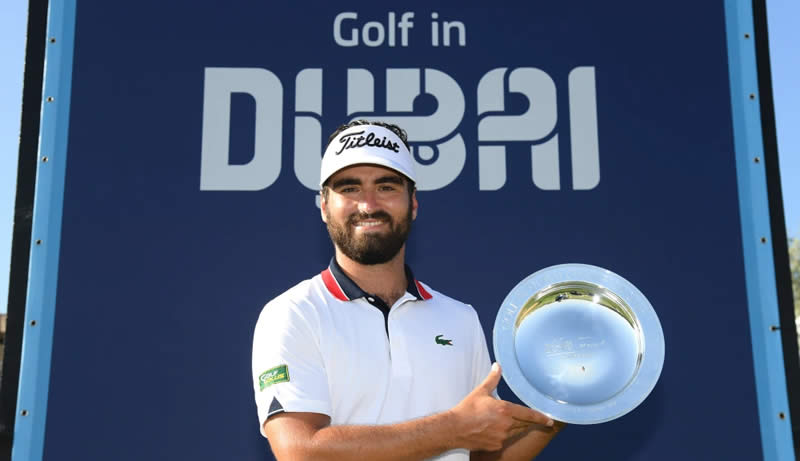 Wednesday saw Sullivan smash the course record and card a personal best 11-under 61, but his scores tailed off over the next three days (66, 68 then a two-under 70 on Saturday) and the cheery Englishman was overhauled in the nick of time by Rozner.

Sullivan had to settle for a tie for second spot alongside another Frenchman Mike Lorenzo-Vera, Italy’s Francesco LaPorta and fellow Englishman Matt Wallace,

Rozner carded a solid eight-under 64 — including his second eagle on the 13th this week — to ensure he stayed ahead of the pack.

The Frenchman’s name will not be that familiar with golf fans around the world as he is in his rookie season as a professional and this is his maiden title at the age of 27.

“It means a lot,” Rozner, who began the final day four shots adrift of Sullivan, said of his maiden Tour win after 24 events in a season hit hard by the coronavirus pandemic.

“It’s such a strange year and we’ve been through so much throughout the world. To be able to get it done today in such a nice fashion. We knew we had to take it super deep if we wanted to win. It’s amazing.

“The first time I saw I was in the lead was on the 18th green. I didn’t really look at the leaderboards — that’s a good thing. In the end it really paid off.”

Rozner said he was excited to compete in next week’s DP World Tour Championship on the Earth Course at the same venue. “I knew my game was there, I just didn’t know it was that good,” he said. “It’s a good way to finish the season and to be able to play such a big tournament is a big thing for me.”