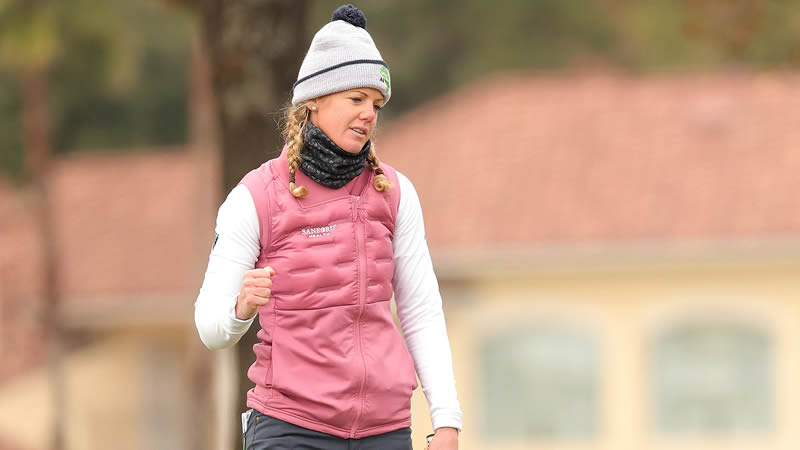 Bearing the burden of an unexpected loss, Amy Olson felt “weak and helpless” entering the final round of the U.S. Women’s Open. Olson carried on, in memory of a man she loved and in pursuit of her first major championship.

The 28-year-old had high hopes entering the back nine at Champions Golf Club. With eight holes to play she held the lead.

Then came A Lim Kim.

With birdies on her final three holes, Kim, a largely unknown player from South Korea, came from five-strokes back to win the 75th U.S. Women’s Open in her championship debut.

With Kim in the clubhouse at 3 under par after shooting 67, Olson trailed by one-stroke with three holes to play. Olson closed bogey-par-birdie to finish one-stroke shy of forcing a playoff. She carded a 1-over-par 72.

“I assumed it was going to be between me and Hinako [Shibuno],” Olson said, speaking of a closing duel with the 54-hole leader. “Definitely surprised to see someone come from behind and put that good of a round together.”

The loss comes at the end of an emotional week for Olson.

Sunday morning, news spread around Champions Golf Club that Amy’s father-in-law, Lee Olson, had died suddenly overnight. Amy’s husband, Grant, was with her in Houston, Texas as she contended for her first LPGA victory. After learning of his father’s passing, Grant returned to their home in North Dakota while Amy remained in Houston to complete the weather-delayed final round that was pushed to Monday. 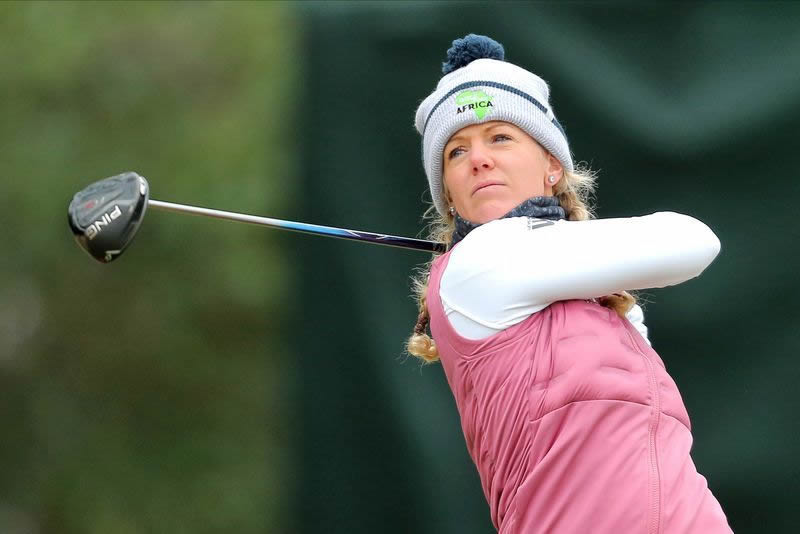 “We had a really special relationship,” Amy said about her father-in-law. “He’s a big, tough, military West Point guy, loved the Army, but had a particular soft spot for the women in his life, particularly his wife and daughter-in-law.”

The road to victory continues for Olson, who made her 147th LPGA Tour start this week. She joined the tour seven years ago after a record-setting NCAA career at North Dakota State University, where she won 20 times.

Olson’s faith, a central part of her life, played an important role in Monday’s final round.

When her mind wandered, she thought about what she was grateful for. On the 13th fairway she began singing aloud Josh Groban’s, “You Raise Me Up.” But once she reached the 72nd hole she couldn’t contain her emotions any longer. Tears streamed down her face after she rolled in a final putt for birdie.

“It’s been a long two days, that’s for sure,” Olson said, choking back tears. “The Lord carried me through today. I definitely didn’t have a lot of strength on my own. It’s been really tough.”

Olson had a great start to the week. She made a hole-in-one en route to a 67 that earned her the first-round lead. Friday, she faded with a second-round, 1-over par, 72. On a tough Moving Day, in which just two players were under par, she remained in the hunt by shooting even par.

Monday, Olson matched her career best finish in a major championship. She also finished runner-up at the 2018 Evian Championship, which came to a disappointing conclusion when Olson lost a one-stroke lead on the 72nd hole. Olson admitted that loss gave her a new-found perspective, something that she carried with her this weekend.

Speaking of the loss – not on the course, but in her family’s life – Olson said, “It just makes you realize how much bigger life is than golf.”