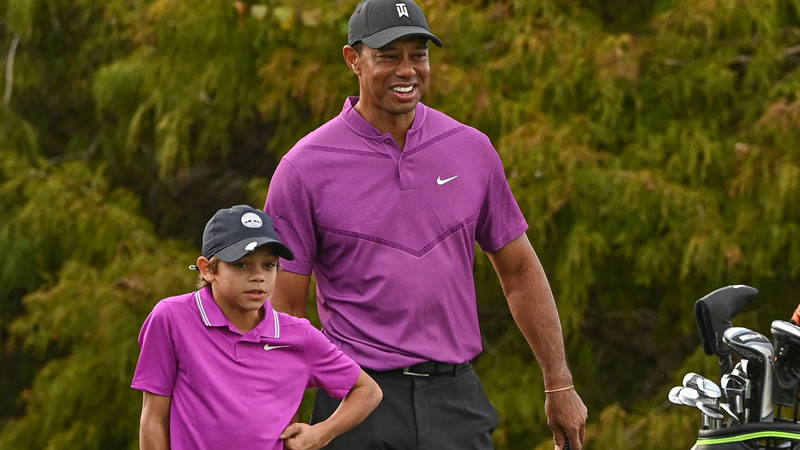 A look back at the best of the action from the opening round of Charlie Woods’ debut alongside Tiger Woods at the PNC Championship.

Tiger Woods and his 11-year-old son Charlie are four shots off the pace after the opening round of the PNC Championship in Florida, as Team Kuchar grabbed the early lead.

The 15-time major champion is partnering his son in the 20-team field at Ritz-Carlton Golf Club, where only majors winners or Players champions are eligible to compete alongside a member of their family.

Team Woods carded a 10-under 62 in the scramble format, which sees teams select their preferred tee shot to both play their next shot from, to leave them tied-sixth in the 36-hole contest. 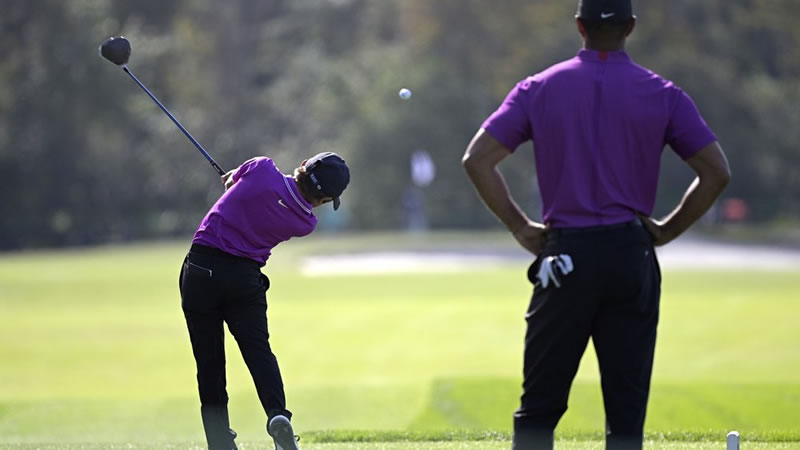 “First and foremost, I’m dad,” Tiger said. “But there is that competitive spirit that Charlie and I both share, and we want to win, but also being competitive and being with each other and leaning on one another, it was an absolute blast.”

Woods Jnr is the youngest player in the tournament’s history but wasted no time to show off his golfing talents as he rolled in an opening-hole birdie and made an eagle at the third after an impressive 175-yard approach left him no more than three feet from the flag.

Team Woods birdied their next four holes and Charlie walked in another birdie at the par-four ninth to see them reach the turn in 28, before the youngster trash-talked Team Thomas by leaving a hand-written message in a bunker saying “draw hole”.

The pair saw a birdie at the 14th cancelled out by a bogey at the next, before Woods Jnr almost holed his approach into the 16th to set up a close-range birdie and then picked up another shot at the last.

Matt Kuchar and his 13-year-old son Cameron hold a two-shot lead over Vijay Singh and son Qass while Australian Greg Norman and son Greg Jr. were a further shot adrift along with Team Lehman and Team Duval.

“The day could not have gone better, Cameron played some spectacular golf and it was a blast for me to sit back and watch,” Kuchar said. Whatever happens tomorrow, it’s an amazing experience.”

Team Kuchar birdied 10 of their first 11 holes and added four more over their closing six holes to close a 14-under 58, with Team Singh birdieing five of their last seven holes to sit in second spot.