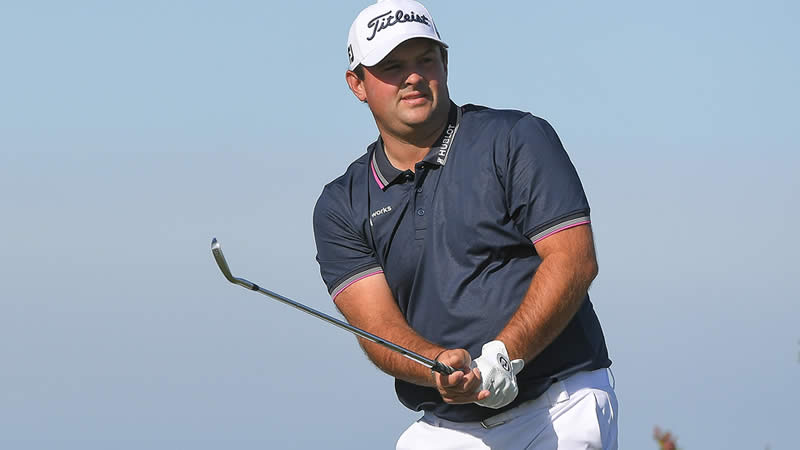 Patrick Reed was involved in another rules controversy during the third round of the Farmers Insurance Open at Torrey Pines; former Masters champion takes share of the lead with Carlos Ortiz into the final round

Patrick Reed has insisted he would not have handled his rule dispute at the Farmers Insurance Open any differently if faced with the same situation again.

The former Masters champion posted a two-under 70 at Torrey Pines to join Carlos Ortiz at the top of the leaderboard, although his third round was overshadowed by an incident at the par-four 10th.

“It is an unfortunate thing that happened today, but at the same time it’s exactly what I would have done every time, exactly what every player should do,” Reed told reporters post-round.

“You should ask your playing opponents if they’ve seen whether it’s a ball bounce or whether it crosses a hazard line, you always ask them first and then you ask the volunteer, and then from there you check to see and at that point you call a rules official.

“When you have the rules officials and everybody come up and said that you did it textbook and did it exactly how you’re supposed to do, then that’s all you can do. I mean, when we’re out there and we’re playing, we can’t see everything.

“That’s why you rely on the other players, other opponents, you rely on the volunteers as well as rely on the rules officials. When they all say what we’ve done is the right thing, then you move on and you go on. You know, the great thing is I still have a chance to win a golf tournament.”

Reed – who has heavily criticised on social media for his actions – was shown footage of the incident post-round by Senior Tournament Director John Mutch, who reiterated that Reed followed golf’s rules correctly.

“It’s pretty clear watching the video that he got to within 10 yards of the ball and asked the volunteer who was standing right there “did it bounce” and the volunteer said it did not bounce,” Mutch told reporters.

“It was reasonable for him to conclude that that was his ball, it did not bounce and he was then entitled to see if it was embedded. Once it was determined to be embedded, he would be allowed to clean it and he also did mark it.