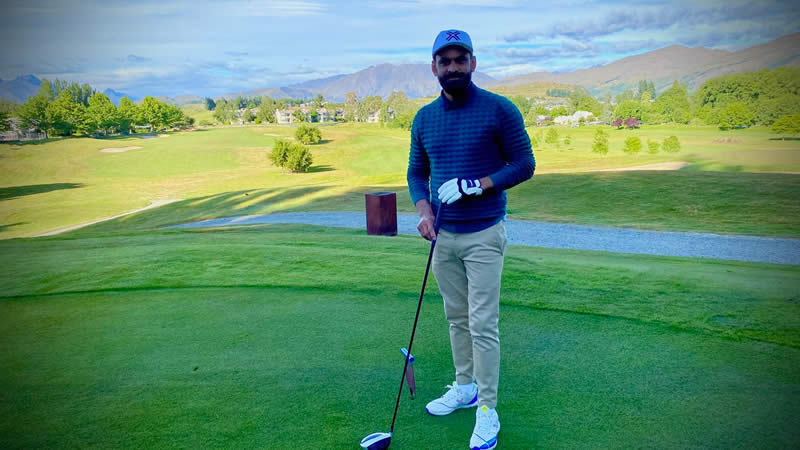 Tottenham Hotspur on Wednesday announced the signing of Pakistan veteran Mohammed Hafeez on loan till the end of the ongoing English Premier League season.

According to officials, Hafeez was shortlisted to address Spurs’ recent injury crisis spearheaded by the absence of star striker Harry Kane, who returned to the starting lineup in Tottenham’s win over West Bromwich Albion on Sunday.

Officials further confirmed that Hafeez’s signing was finalised after the Pakistani star impressed the Spurs scouts with his golf skills in the UAE.

“Our scouts are always on the lookout for veteran athletes, on the verge of ending their careers, making their mark on golf courses,” Spurs manager Jose Mourinho said while talking to The Dependent.

“Our scouting team had been following Hafeez’s performances in the UAE, and we now have a second superstar with top-quality golfing skills to join the squad as I look to lead Tottenham to glory,” Mourinho added.

The Spurs manager confirmed that in case his side fails to win the Carabao Cup, FA Cup or the Europa League, he’s confident that the club will triumph at a local golf tournament.

“We are sure to have two world-class entries in the Other Sports Amateur golf tournament at the London Golf Club this summer,” Mourinho said.

Hafeez who hasn’t been in contention for Pakistan owing to his participation in the T10 League in the UAE will now look forward to adding another league to his already impressive repertoire.

However, he first faces stiff competition from another sporting superstar as they vie for unutilised space on the Tottenham bench and compete for the leadership of Spurs’ golf contingent.