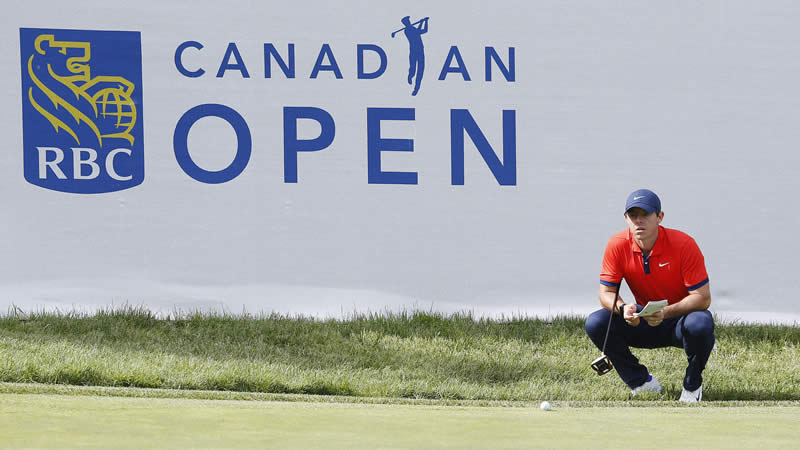 For the second consecutive year, the RBC Canadian Open has been canceled because of COVID-19 travel restrictions.

The event was scheduled to be played June 10-13 at St. George’s Golf & Country Club in Ontario and PGA Tour officials said in a statement they plan to “fill the week left open on the calendar” with an event on an “alternative venue” in the United States.

“Even with an extensive health and safety plan in place, we faced a number of significant logistical challenges that led us to this decision,” said Tyler Dennis, the Tour’s chief of operations. “We look forward to the RBC Canadian Open returning to our schedule next year.”

Tournament officials had been working with local, provincial and federal organizations to “navigate the impact of the travel restrictions and quarantine measures currently in effect,” but because of the timeline needed to create a replacement event the tournament was canceled.

The Canadian Open was scheduled to be played the week before the U.S. Open at Torrey Pines.

Tour commissioner Jay Monahan was asked during a press conference Tuesday at The Players about the cancellation and how travel restrictions could impact this fall’s Asian swing events.

“It’s hard to give you a specific timeline and time frame. We’re hopeful,” Monahan said. “Obviously we’ve got events overseas with the Open Championship [English], you’ve got the Olympic Games [Japan], and we’re hopeful that, by the time we’re able to play in Asia, that we’ll be in a position to do so.”

The CJ Cup (South Korea) and Zozo Championship (Japan) were played last fall in the U.S., and the WGC-HSBC Champions (China) was canceled because of the pandemic.