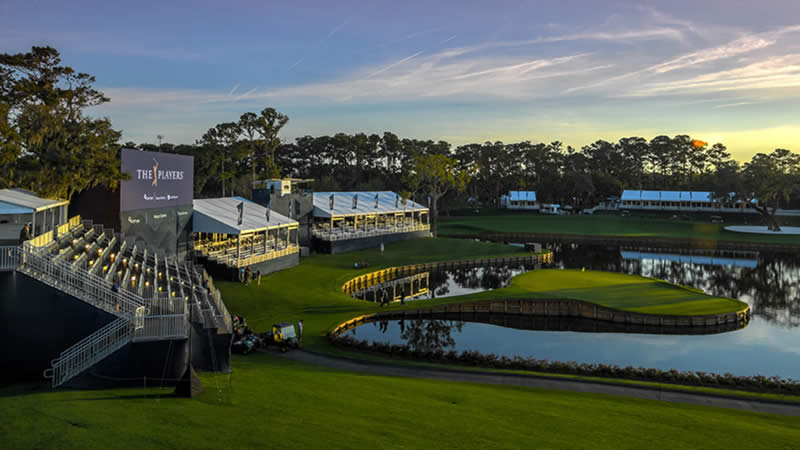 With the 2021 Players Championship fast approaching, the key question everyone’s asking is the same across the golf world: Who are you picking to win at TPC Sawgrass? With a tremendous, star-studded field — and with just one month until the Masters — the first big event of 2021 should be an epic ride from Thursday’s first round onward.

The storylines are plentiful this week, and the last player to win on this course — Rory McIlroy back in 2019 — leads them. McIlroy has not won since the fall of 2019, and in recent weeks, he has bemoaned a game that’s not quite sharp enough. He was at the epicenter of the 2019 Players (for his win) and the 2020 version (for his leadership through the COVID-19 shutdown). Will he be again this year?

Joining McIlroy are a suddenly-surging Jordan Spieth (three top fives in four events) and last week’s champion (and winner of three of his last 15 events), Bryson DeChambeau. We could go on for hours about the rest of the storylines, but those are three that pop with The Players on deck.

So what is going to happen this week at TPC Sawgrass? Let’s take a look at a full set of predictions and picks from our CBS Sports experts along with a full slate of 2021 Players Championship odds. All odds via William Hill Sportsbook.
Winner — Patrick Cantlay (22-1): If you look at strokes gained, he’s been the best player in the world in 2021. Just like his Presidents Cup partner Xander Schauffele, Cantlay has no holes in the game. He opened with 67 last year before the whole thing got canceled. I’ve been ready to pick him for this event for about six weeks now.

Sleeper — Corey Conners (80-1): What’s not to love here? He’s been better tee to green this year than Rory McIlroy and Bryson DeChambeau and is coming off a near-miss last week at Bay Hill. You could also talk me into Sergio Garcia at 70-1 or Joaquin Niemann at 50-1, but I like Conners more at this number.

Star who definitely won’t win — Rory McIlroy: Nobody has ever successfully defended here, and every winner since 2004 (except for Tiger Woods in 2013) was a first-time champion. Combine that with his odd one-off poor round, and I don’t think the game is quite sharp enough for him to grab a second-straight Players. 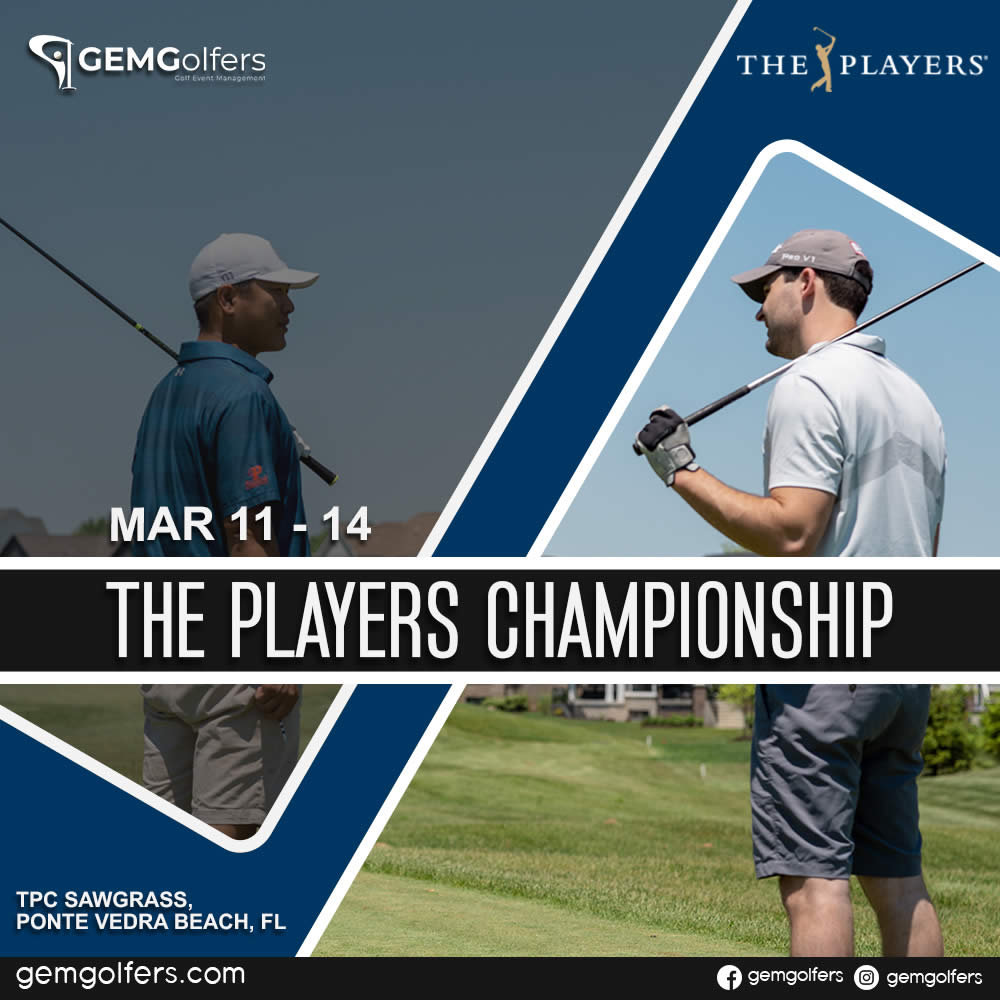 Surprise prediction: Jordan Spieth will miss the cut. This normally would not be a surprise prediction, but Spieth has finished in the top five in three of his last four events and is genuinely one of the best iron players in the world right now. However, he does not normally play well at TPC Sawgrass — even when he was playing the best golf of his life — and has missed four of his last five cuts at The Players.

Winner — Viktor Hovland (25-1): Winners at The Players tend to be random and not fit a particular mold. It’s a tough tournament to predict, so let’s get a little long with the pick to win. Why not Hovland? The Norwegian has finished in the top 5 in four of his past six starts on the PGA Tour. That includes a win at the Mayakoba Classic just before the holidays. The knock against Hovland is his chipping. Aside from the atrocious quad in round two of the WGC Workday, his short game hasn’t been that bad. I’ll take the 23-year-old ball striker to get his third PGA Tour victory.

Sleeper — Cameron Smith (50-1): He’s notched a trio of top five finishes for the season thus far. Smith broke out in my eyes with a T2 finish at the rescheduled Masters in November. He was in contention at the WGC-Workday Championship last month before a disastrous 77 on Saturday killed any hopes of winning. Before the meltdown at Concession, he finished T4 at the Genesis Invitational gaining 10 strokes tee to green for the week. Not too shabby. If the young Aussie avoids a big number, I believe he will finish near the top of the leaderboard.

Top 10 Lock — Tony Finau (25-1 to win): One of these days, Finau will get his second PGA Tour win. It probably won’t be this week. But lately, if he tees it up, he’s liable to finish inside the top 10 seeing as he’s done so in five of his last seven worldwide starts. Let’s avoid all the disappointment of another “close but no cigar” finish by cashing in a top 10 ticket this week instead.

Star who definitely won’t win — Rory McIlroy: This almost feels like cheating. Rory may have gotten lost in the woods while helping in the search for Jordan Spieth. Something a lot of people missed last week was McIlroy falling outside the top 10 in the Official World Golf Rankings for the first time since 2018. Rory is looking for a spark. He remarked after Sunday’s round at the API: “I need something and I just don’t seem to have it.” He may be the defending champion, but I’m not buying any McIlroy stock this week.

Surprise prediction — Jordan Spieth misses the cut: I bet Spieth to miss the cut last week, and I’m going to do the same thing again this week. What’s the definition of insanity? Jordan “is back” … but I’m still going to fade him at a course where he hasn’t had great history. A T4 in 2014 is his lone top 40 finish at this event. He hasn’t performed well here during peak years, and he’s looked lost in the depths. Temper expectations and don’t be surprised if Spieth misses the cut for the fifth time in his career at The Players

Winner — Justin Thomas (20-1): Outside of a missed cut at the Genesis Invitational two weeks ago, Thomas has been on a roll since the start of the season in September. He’s finished no worse than 15th at any event he’s played with three top fives already. This is the time of year where Thomas teases you into believing he’s a good pick to win the Masters with a win at a significant event in the lead up. Looking for his 14th PGA Tour win and first since last August, there’s some good value here on J.T.

Sleeper — Billy Horschel (70-1): One of the streakiest golfers on the PGA Tour, Horschel finds success in lumps. And while he fell from grace this past week missing the cut at Bay Hill after finishing T2 at the WGC-Workday Championship, Horschel has four top 10 finishes since early December. He likes to be tested by tough courses, and considering he lives about 15 minutes away from TPC Sawgrass, he’s quite familiar with this course. Great odds for a surging golfer with some home-course advantage.

Top 10 lock — Tony Finau (25-1 to win): Look, we all know the deal with Finau at this point. He has five top-five finishes in his last seven events. He might win this thing, but he probably won’t. But if I’m putting lock status on a guy to finish in the top 10, there’s simply no better choice out there right now.

Star who definitely won’t win — Rory McIlroy: I hate to make this category a sweep, but he’s the obvious choice considering his declining game. McIlroy stating that he needs to find himself is a clear indication that something isn’t working whether physically, mentally or both. Unlike my compatriots, I’ll give you a bonus here if you’re looking for a change of pace: Hideki Matsuyama.

Surprise prediction — Rickie Fowler will be in contention: It may only be for a round or the majority of a day, but Fowler has been taking so many body blows for his play as of late, that I think he’s going to find plenty of external motivation to give it a go at least once over these four rounds. Fowler is 125-1 to win the Players, so don’t go putting anything on him, but this is a course he’s familiar playing. Just when you count Fowler out, maybe he’ll surprise you a little.