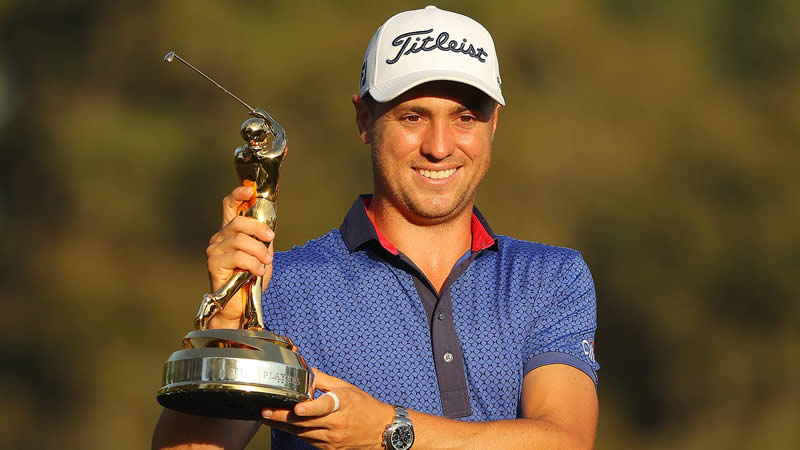 Justin Thomas found the right time for a near-perfect performance to put a rough start to the year behind him, rallying from three shots behind with bold play to close with a 4-under 68 and win THE PLAYERS Championship on Sunday.

Thomas becomes only the fourth player to win a major, THE PLAYERS Championship, the FedExCup and a World Golf Championships, and it couldn’t have come at a better time.

He called it as good as he has ever played tee-to-green, and he needed it to outlast Lee Westwood, a hard-luck runner-up for the second straight week. Westwood birdied the final hole for a 72 to finish one shot behind.

Thomas went birdie-birdie-eagle-birdie around the turn, and put away Westwood for good with a pair of lag putts from 50 feet — one for birdie on the par-5 16th to take the lead, another on the island-green 17th for a par.

Thomas still had one more shot before he was in the clear. He took on the water framing the left side of the 18th fairway, the ball moving right-to-left and bouncing straight off the crown of the first cut, safely in the fairway.

His approach landed on the fringe — the first green he missed all day — leaving a simple two-putt for par and the 14th victory of his PGA TOUR career. 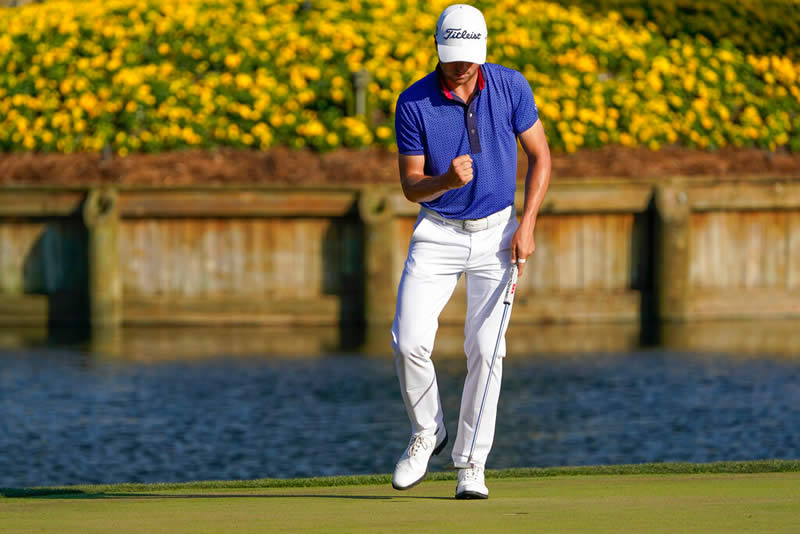 “I fought so hard today,” Thomas said. “It’s probably one of the best rounds of my life tee-to-green. I’ve seen some crazy stuff happen on TV in the past, and I’m glad to be on this side of it.”

All the crazy stuff came early.

Bryson DeChambeau, coming off a win last week at Bay Hill, topped an iron off the tee on the par-4 fourth hole that went only about 140 yards until it plunked into the water. From 237 yards on a forward tee to a green protected by water, he hit a slice with a 5-iron some 40 yards right of the green.

“Dude! I don’t know what happened!” he said to his caddie. “I’ve never done that before.”

DeChambeau made double bogey and was scratching the rest of the way to stay in the game. He still had a chance with an eagle on the 16th hole to get within two, but when Thomas made par on the 17th, his chances were about over. DeChambeau shot 71 and tied for third with Brian Harman, who had a 69 and played the final 12 holes without a bogey. 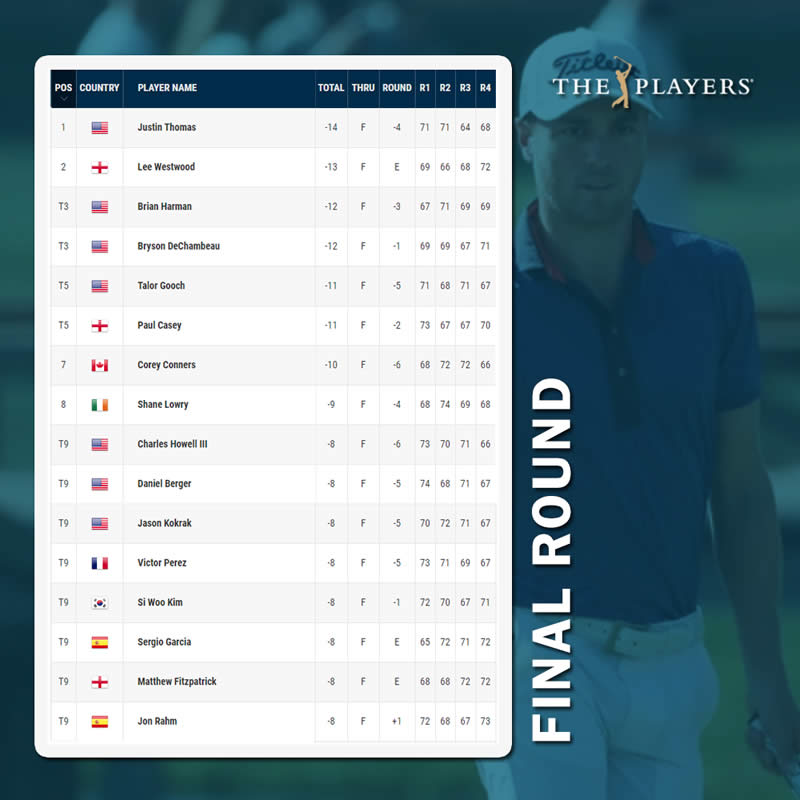 The 47-year-old Westwood hit his tee shot into the water on the fourth hole and had to make an 8-footer to save bogey. He hit his approach out of the pine straw that clipped two branches and found water on the par-5 second hole to make bogey.

He was never far away from the lead, and Westwood regained a share of the lead with an 8-foot birdie putt on the 14th.

His chances began to slip away with his second shot into the par-5 16th. It hit a big oak and dropped into the sand, and his third shot found a bunker in front of the green. Instead of matching birdies with Thomas, who was in the group ahead, Westwood had to scramble for par to stay one behind.

And on the 17th, his long birdie attempt rolled 7 feet by the hole. He faced another crucial par putt, and he finally missed.

Thomas was outside the cut line after nine holes on Friday. He followed that with a 64 on Saturday to get in the mix, and he finished off in style to pick up $2.7 million with a win against the strongest and deepest field in golf.

It wrapped up a year in which the PGA TOUR shut down after one round of THE PLAYERS a year ago. Thomas was among those serving on the Player Advisory Council that was a part in getting golf back from the COVID-19 pandemic.

He looked at the gold trophy with Commissioner Jay Monahan to soak in how far golf had come in a year.