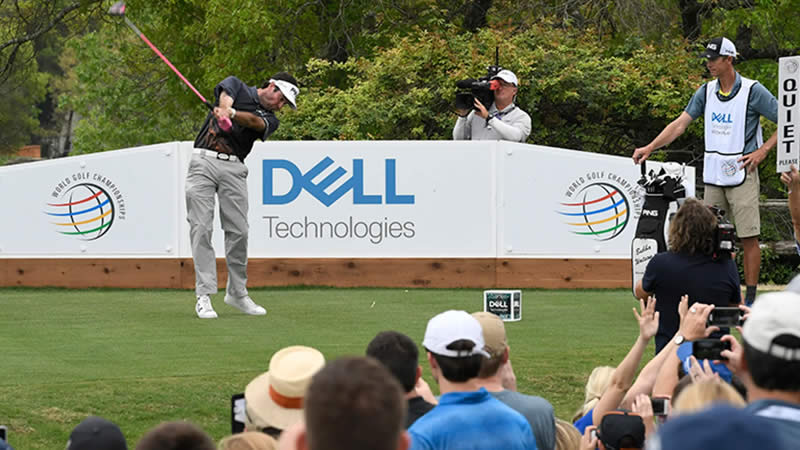 One is an annual tournament in which the objective is to get a ball into a hole to survive and advance. The other is the World Golf Championships-Dell Technologies Match Play.

College basketball doesn’t have a monopoly on compelling competition in March. The best golfers in the world have descended on Austin Country Club for their own version of madness.

The top 16 of this Power Rankings are who I’ve identified as the most likely to emerge from the three-day Group Stage launched on the only Wednesday start on the PGA TOUR. With Nos. 1-4 determined logically based on my winners of the championship and consolation matches, Nos. 5-8 are a subjective rank of the quarterfinalists. The golfers in positions 9-16 are my Group Stage survivors who are eliminated in the first round of the Knockout Stage.

Just as devotees of college buckets rush to complete their brackets every year, arguably more than anything else in professional golf, the Match Play is the best way for fans to connect emotionally and still have success relative to others as seeds are merely fact more often than friction.

In the first four spins of the Match Play at Austin CC, only 23 of a possible 64 top seeds in every pod survived the Group Stage format. Sixteen advanced from the grouping ranked 17-32 upon entry, 14 moved on from the golfers seeded 33-48, and 11 from the bottom 16 played on. Perhaps the best example of the competitive balance occurred in 2018 when Dustin Johnson went 0-3-0 as the defending champion and top seed of the tournament.

You can play the Bracket Challenge for bragging rights and for a fantastic prize package. It’s free to play. Consider the AUTOPICK feature and select from overall seed or odds. You also can copy my bracket as yours. If you select any, you can customize as usual from there.

Since it’s been two years from the last edition of the Match Play, there are 22 first-time participants in the field. Only the four-man pods headlined by Tyrrell Hatton and Justin Thomas don’t include at least one debutant.

Anytime that match play is the format, a unique Power Rankings could be constructed for every round. Matchups and momentum are the primary components that establish expectations, so a full-tournament Power Rankings must be consumed with a grain of salt. What doesn’t change is the course, naturally.

Austin CC is a par 71 with three par 5s. It tips at just 7,108 yards. The only relevant change is that the bunkers have new sand (as a result of a project to update drainage). TifEagle bermuda greens are overseeded and dialed to 12 feet on the Stimpmeter. The only cut of rough framing overseeded bermuda fairways and other areas of the shortest grass is two inches, and it is not overseeded.

The weather will be worse before it gets better. A delay due to inclement conditions on Wednesday cannot be ruled out. Showers will linger into Thursday morning before dry air takes over and hangs throughout the weekend. And of course, given its location, wind will be a through line for most of the week. Course knowledge and applied experience in it should have value as a result.

After posing for pictures with the Walter Hager Cup, the champion will receive 550 FedExCup points and PGA TOUR membership through at least 2023-24. As usual, if a non-member prevails, his equivalent of FedExCup points collected in either of the WGCs completed this season will not contribute to his membership total if he accepts his card.