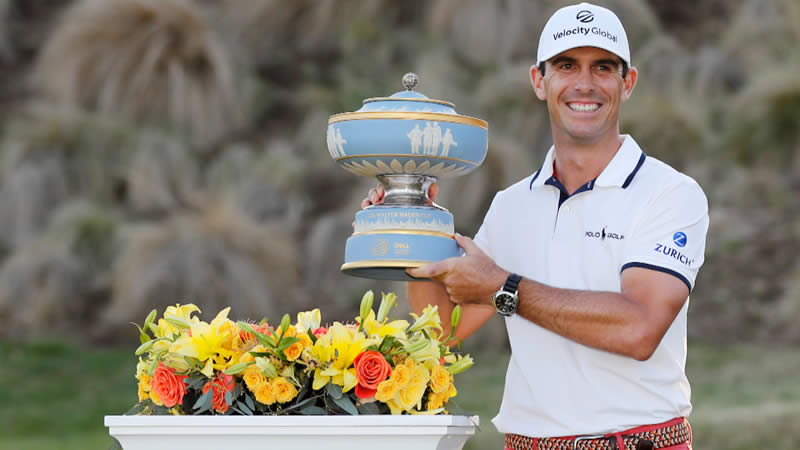 AUSTIN, Texas — Billy Horschel had just enough left in the tank to win the World Golf Championships-Dell Technologies Match Play on Sunday with help from Scottie Scheffler in a tough end to the longest week in golf.

Horschel made only one birdie in the championship match, chipping in from 40 feet on the fifth hole, and left the mistakes to the 24-year-old Scheffler in winning 2 and 1.

Horschel, who had never reached the weekend in four previous appearances at this World Golf Championships event, won six out of the seven matches over 122 holes he played at Austin Country Club. He won for the sixth time on the PGA TOUR, and his fifth individual title.

“It was one of those days where I didn’t play very good,” Horschel said, still able to smile because of the outcome. “I was just grinding it out.”

It ended a great run for Scheffler, a Texas graduate who had to beat three former Match Play champions and two players from the top 10 in the world to reach the championship match.

He had the support of the Austin crowd that occasionally shouted out, “Hook ’em.” 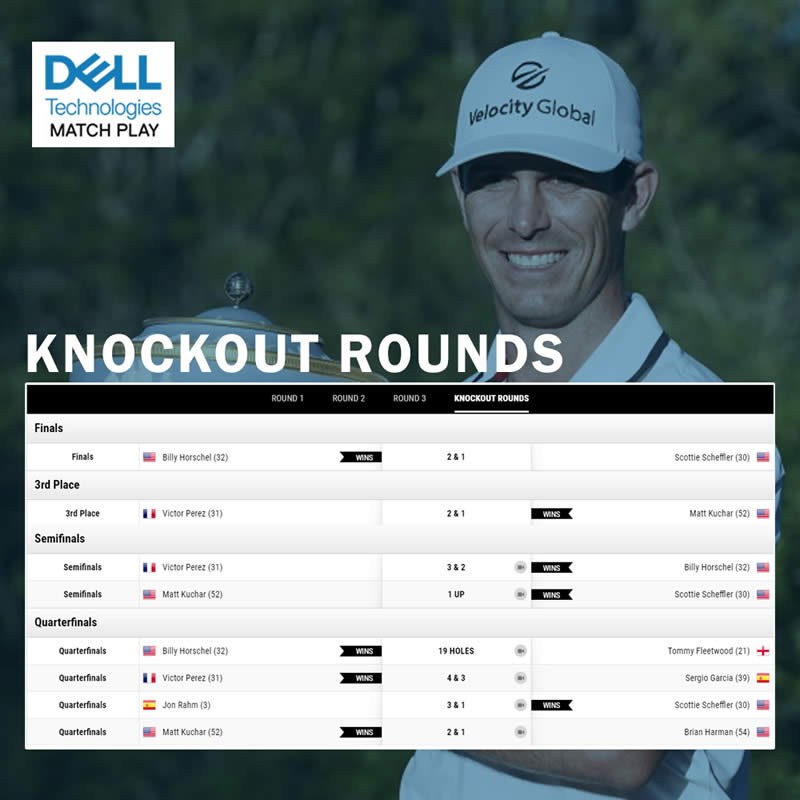 He pulled a tee shot on the par-5 sixth that required him to take a penalty drop away from the boundary fence. He pulled his approach on the par-5 12th into the water. He hooked another drive off the two-story hospitality tent left of the 15th fairway. Through it all, he managed to stay in the match.

Scheffler made par and halved the hole after the penalty drop on No. 5. Even after hitting into the water on the 12th, he had a 10-foot par putt to win the hole after Horschel hit a wedge into the bunker. Scheffler missed to stay 2 down.

Horschel hit another wedge into a back bunker on par-5 16th. This time, Horschel got up-and-down to save par and halve the hole, and he won the match when Scheffler missed a 10-foot birdie putt on the 17th.

Matt Kuchar won the consolation match over Victor Perez of France. Kuchar, trying to tie Tiger Woods’ record with a fourth appearance in the championship match, didn’t make a putt longer than 3 feet, 6 inches in his semifinal loss to Scheffler.

Perez wasn’t much better. He lost three holes on the back nine to Horschel by making bogey or worse.

The wind had a lot to do with that, with gusts raging through the trees in the morning and still causing problems in the afternoon. The championship match didn’t feature a birdie after Horschel’s chip-in on the fifth hole.

Scheffler, who made 15 birdies in 31 holes to beat Ian Poulter and Jon Rahm on Saturday, had only four birdies in his two matches Sunday.