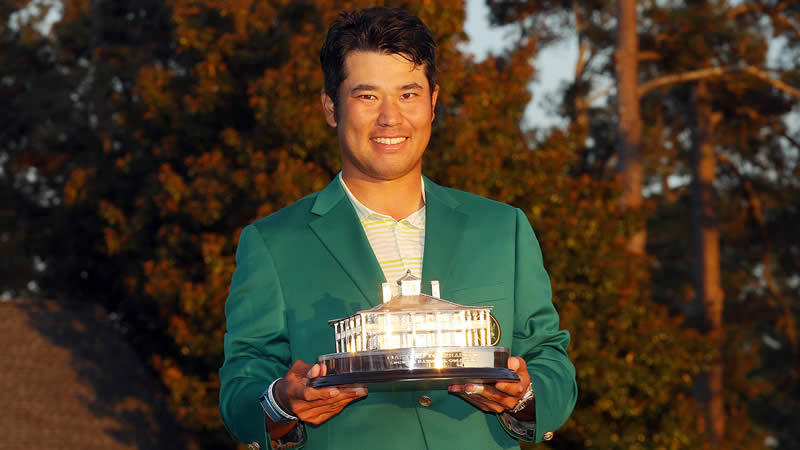 One can only assume Hideki Matsuyama did not feel the heavy burden of history at all. There is no other reasonable explanation for the manner in which the 29-year-old won the 85th edition of the Masters. Matsuyama has become the first Asian-born player to don a Green Jacket and the only Japanese male to win a major.

His is a victory that will reverberate far beyond this exclusive corner of Georgia. Positive impacts for golf as a whole, it can only be hoped, will follow. A nation that has long since developed an affinity with this sport belatedly has its idol. The Green Jackets, who regard themselves as progressives these days, will be giddy with excitement at the expansion of their roll of honour into fresh territory. A global game needs global stars, after all.

Matsuyama’s 10 under par saw him win the first major of 2021 by one from Will Zalatoris. Jordan Spieth closed in a share of third with Xander Schauffele at minus seven.

It was just a pity that a vast Japanese media contingent, who ordinarily would track Matsuyama’s every move, were not on site. Covid has denied them eye-witness accounts of the moments they have pursued for so long and would have treasured. A cruel sporting fate.

Brief worry for the champion arrived with a bogey at the 1st. As Zalatoris collected a shot up ahead at the 2nd – the debutant had also birdied the opening hole – Matsuyama’s lead was just a shot.

The response set the tone for the rest of Matsuyama’s day. He comfortably birdied the par five 2nd and did likewise on the final two holes of the front nine. Matsuyama marched down the 10th with a five-shot lead. Not even the perils associated with Amen Corner could deny him from here, surely. 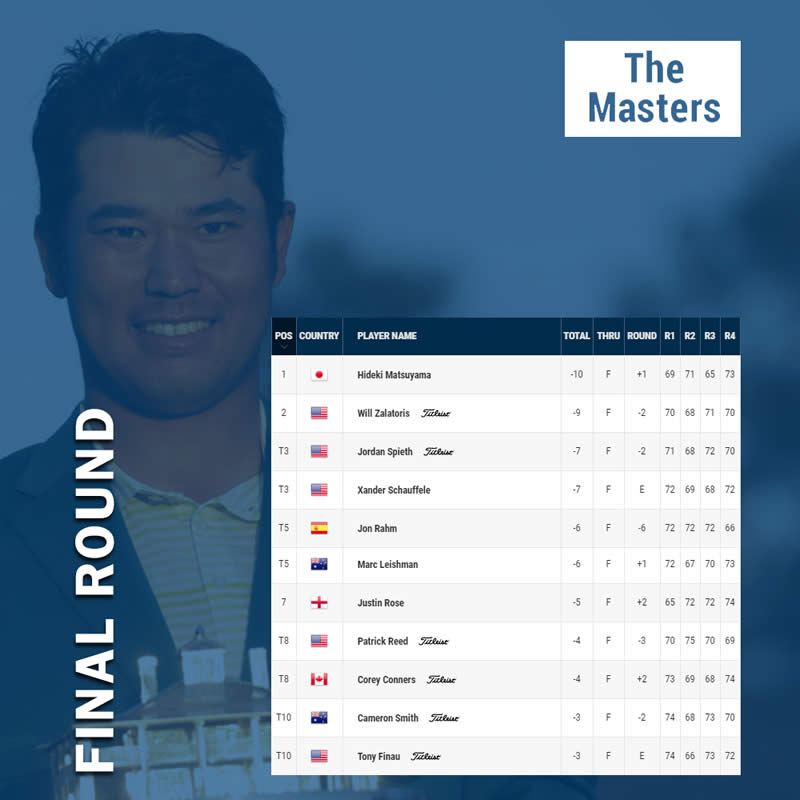 Matsuyama did make a bogey after playing his tee shot at the 12th into a bunker. The damage was immediately repaired with a birdie at the 13th. All the while, no one from the chasing pack was making sufficient inroads for the champion-elect to fret. The key period of this Masters actually arrived after a 75-minute weather delay on Saturday, with Matsuyama emerging to play his back nine in six under par. This afforded a level of leeway and comfort the world No 25 could lean on during the final day. Whisper it, but large chunks of the denouement were anti-climactic.

The finding of water at the 15th drew a groan but little more, given Matsuyama was four ahead of Schauffele, his playing partner. Schauffele almost holed out from the greenside bunker for an eagle but Matsuyama was able to ensure 12 under played 10 under.

Schauffele was now the key threat; he had now birdied four in a row. Disaster followed for the world No 6, who found water from the tee at the par three 16th and fired his third shot over the green. Matsuyama could exhale. A bogey for the Japanese was fine in context of Schauffele’s six.

Zalatoris is due immense credit for his display. Not since Fuzzy Zoeller in 1979 has a player won the Masters first time out. 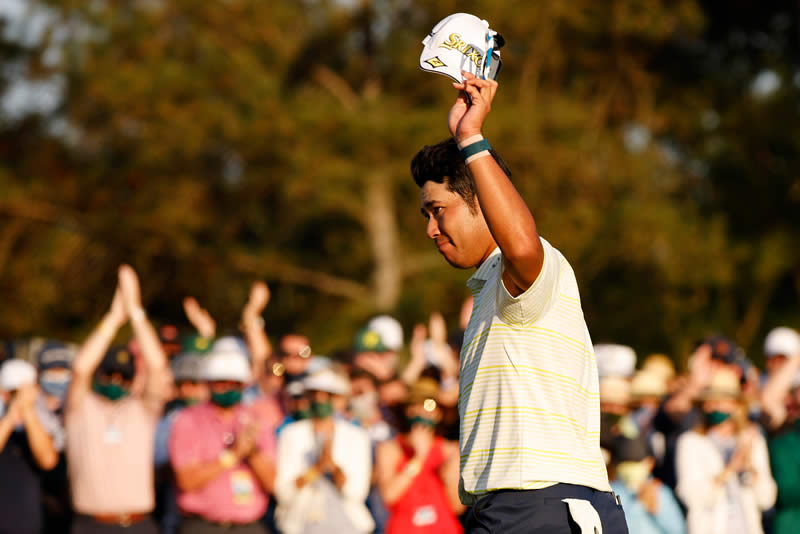 Zalatoris didn’t manage that but the strength he displayed to stay so prominent points towards brighter days. A Sunday 70 confirmed the best finish of his professional career and rendered him the first Masters rookie to be runner-up since 1982. Zalatoris was born only in 1996.

Spieth will contemplate what might have been. His bogey at the 1st denied the opportunity for the momentum desperately needed. Still, and typically, the resurgent Texan fought on; from a tournament aggregate of three under after eight he finished four shots better. Another major title, you feel, is not far away.

Justin Rose, who appeared to be battling technical issues all weekend, slipped to a closing 74 for seventh place. Patrick Reed and Corey Conners closed one shy of Rose’s total. Robert MacIntyre’s 72 and level par aggregate was enough to secure him top 12 finish and, therefore, an invite back to Augusta in 2022. Fine work for the Scottish debutant.

Jon Rahm’s 66 earned him tied fifth with Marc Leishman. “Each day I played better golf,” Rahm said. “First three days I just couldn’t get anything going. Today was the complete opposite. Started the way I started and that set the tone for the rest of the round.

“I’m happy. It’s still a top five at a major with a great round on a Sunday. I think that’s 15 straight rounds of even par or better here. Clearly I like the place, I play good here. My year is coming up. Let’s hope it’s soon.”

Rahm had left the premises long before Matsuyama took on the kind of scenario golfers dream of. On the 72nd hole of the tournament he first played in as an amateur a decade ago, all Matsuyama had to do was place one foot in front of the other. A bogey mattered not.

“He’s just a great player,” said Charl Schwartzel, who won that 2011 Masters. “He has shown us all over the last 10 years that, when he gets going, he’s a guy that feeds off confidence. He sets high expectations. But as you saw yesterday after the rain delay, that’s how Hideki plays when he’s got confidence, straight at every flag, and he seems to pull them off too.” In the time honoured words of Alphaville; big in Japan, all right.