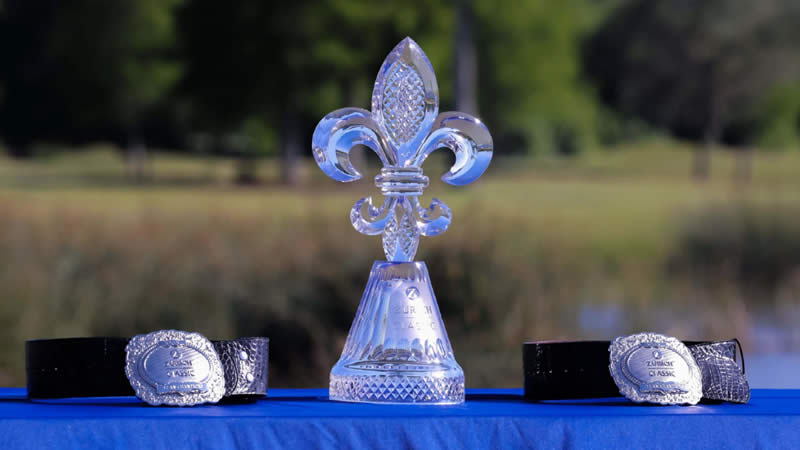 This week’s 2021 Zurich Classic of New Orleans is truly unique, in that it pairs up PGA Tour pros into two-man teams to compete in an 80-team tournament that features both best-ball and alternate-shot formats that are similar to Ryder Cup and Presidents Cup play. Last year’s Zurich Classic was cancelled due to the pandemic, meaning 2019 champs Jon Rahm and Ryan Palmer are still the defending champions and are back for the Zurich Classic 2021. The team of fifth-ranked Xander Schauffele and 10th-ranked Patrick Cantlay are listed at 8-1 in the latest 2021 Zurich Classic odds at William Hill Sportsbook. 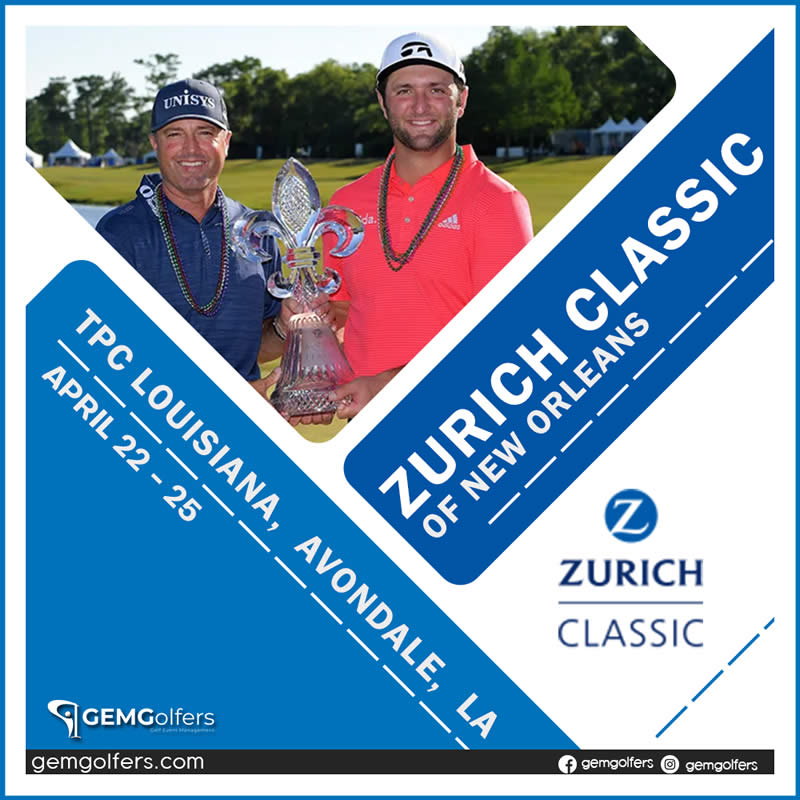 Rahm and Palmer are the odds-on favorites at 15-2, while the Australian duo of Cameron Smith and Marc Leishman are at 12-1 on the PGA odds board when play begins Thursday at TPC Louisiana. Before locking in any 2021 Zurich Classic picks or entering any PGA DFS tournaments on sites like DraftKings and FanDuel, be sure to see the golf predictions and projected leaderboard from the proven computer model at SportsLine.

SportsLine’s proprietary model, built by DFS pro Mike McClure, has been red-hot since the PGA Tour resumed last June. In fact, it’s up over $10,000 on its best bets since the restart, nailing tournament after tournament.

In addition, McClure was all over Daniel Berger’s win at +1400 in his best bets at the AT&T Pebble Beach Pro-Am in February. McClure also nailed Viktor Hovland’s (+2500) victory in the Mayakoba Golf Classic in December. That was one of many huge calls he’s made in the past few months.

This same model has nailed a whopping six majors entering the weekend. Anyone who has followed it has seen massive returns.

Now that the 2021 Zurich Classic field is locked, SportsLine simulated the event 10,000 times, and the results were surprising. Head to SportsLine now to see the projected leaderboard.

One major surprise the model is calling for at the 2021 Zurich Classic: the team of Jon Rahm and Ryan Palmer, who are the defending champions having won this event in 2019, stumble and don’t repeat as winners. The Rahm/Palmer team was victorious by three strokes when this tournament was last held and it set an alternate shot course record with a 65 in the second round.

But that marks Palmer’s only PGA Tour win since 2010 and his game doesn’t necessarily complement Rahm’s. Despite both being ranked in the top 30, neither player ranks in the top 50 on tour in strokes gained via putting nor strokes gained around-the-green. Also, both players missed the cut in the 2018 tournament when they were on different teams, so they don’t have lengthy records of success at TPC Louisiana.

Another surprise: the team of Sam Burns and Billy Horschel, 25-1 long shots, makes a strong run at the 2021 Zurich Classic title. It is an SEC rivalry-turned-partnership, as Burns is an LSU alumnus and Horschel bleeds the orange and blue of his alma mater Florida.

At age 24, Burns is putting together a solid 2020-21 season so far, with three top-10 finishes. including a third at the Genesis Invitational. He has also made two straight FedEx Cup playoffs and held the 36-hole lead at the Genesis by five shots before a third-round 74 derailed his bid for a first PGA Tour win.

Ten years Burns’ senior and with six PGA Tour victories, Horschel is much more a proven commodity. Horschel won the WGC-Dell Technologies Match Play earlier this season and is currently 10th on the FedExCup points standings. Horschel also finished second to Collin Morikawa at the WGC-Workday Championship at The Concession, was fifth at the Mayakoba Golf Classic and seventh at the Sony Open in Hawaii.

Unlike Burns, who has missed the cut in two previous Zurich Classic appearances, Horschel also has earned his TPC Louisiana bones — teaming with Scott Piercy to shoot 22-under par and win by a stroke over the team of Jason Dufner and Pat Perez. Horschel also won the 2013 Zurich Classic when it was a solo event, beating D.A. Points by a stroke.

How to make 2021 Zurich Classic picks

The model is targeting three other teams with odds of 20-1 or longer to make strong runs at the title. Anyone who backs these underdogs in their 2021 Zurich Classic bets could hit it big.

PGA Tour Golfers React to Big Bonuses for the Most Popular Players: ‘There’s a little bit of envy’