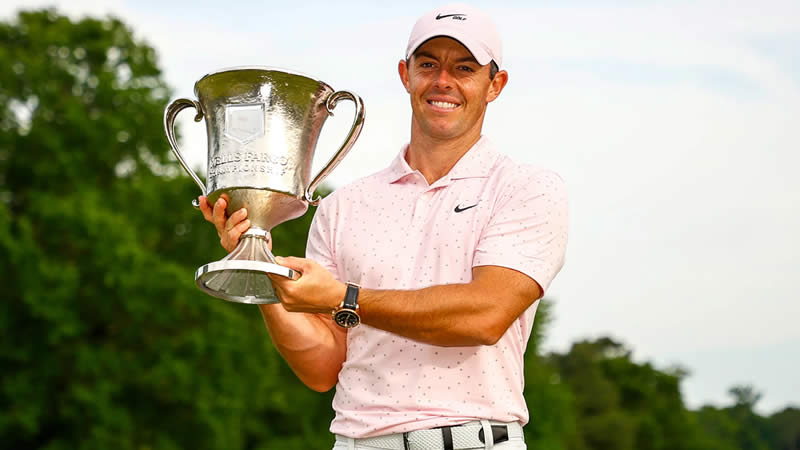 The world number 15, whose last success came in November 2019, shot a closing 68 to win by one shot.

There was scare for McIlroy, 32, at the final hole when he took a one-shot penalty but made a decisive bogey.

“It’s just awesome – it feels like a long time since the last win,” he said.

Abraham Ancer finished second with Victor Hovland and overnight leader Keith Mitchell in a tie for third on eight under.

The victory is perfect preparation for McIlroy’s bid to win a third USPGA Championship later this month, with the Ryder Cup player aiming to secure a second success at Kiawah Island. 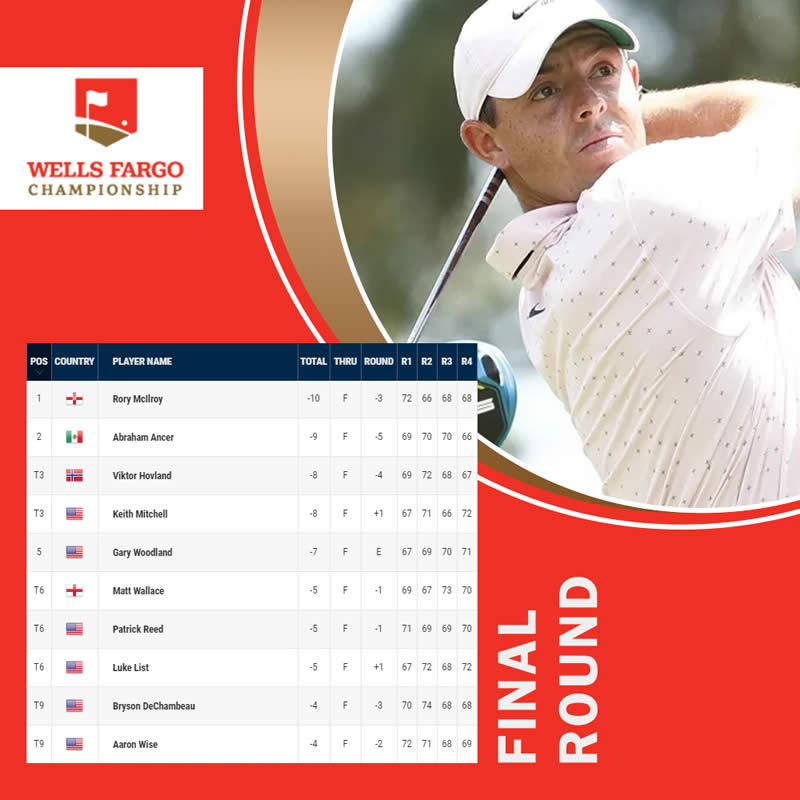 He started the day two shots behind Mitchell but moved top with a birdie, his second of the round, at the seventh and then shared the lead – first with Gary Woodland then Mitchell and Ancer.

Birdies at 14 and 15 saw the four-time major winner go two clear but he pulled his final drive and was fortunate that the ball settled in a hazard two feet from a stream.

McIlroy’s caddie Harry Diamond encouraged him to take a penalty drop nonetheless and it proved a wise decision as he then hit his eight-iron onto the green and two-putted for victory.

An improved putting performance was key to earning a 19th PGA Tour win, with McIlroy not missing from six feet in all four rounds.

It is a timely boost for McIlroy, who has slipped to his lowest world ranking since 2009 and started the tournament 51st in the FedEx Cup standings.

McIlroy believes the return of spectators after the Covid-19 ban helped to drive him to victory in North Carolina.

“The world is a completely different place from what it used to be with everyone going through the pandemic,” he told CBS television.

“Life has changed a lot for me now, being a dad and winning on Mother’s Day, thinking of Erica and my mum back home.

“This is one of my favourite places in the world – to break the drought by winning here again is awesome.

“It’s awesome to play in front of these people again. When we came back from the pandemic I thought I would enjoy the peace and quiet a little bit.

“I soon realised that to bring the best out of myself I need this and I feel all the energy so much. Maybe here more than anywhere else because it’s the first place I’ve won three times. The crowd really carried me through today.”