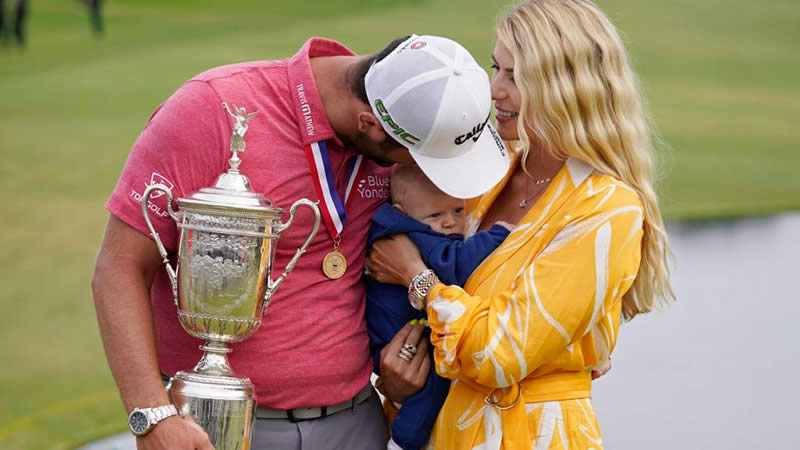 Rahm joins an exclusive club with his first ever major win, becoming the first Spaniard ever to win at the US Open.

Rahm, the third-ranked player in the world, putted back-to-back birdies on the 17th and 18th holes, sinking clutch putts of 24 and 18 feet respectively to take a one-stroke lead to the clubhouse. He had to watch nervously as the final groups finished their rounds, but no one was able to match his winning score of six-under par.

The victory comes two weeks after Rahm was forced to withdraw from the Memorial Tournament in Dublin, Ohio, after he tested positive for Covid-19. Rahm was informed of his Covid-positive status moments after he finished his third round with a six-shot lead over his closest competitor.

“I’m a big believer in karma, and after what happened a couple weeks ago, I stayed real positive knowing big things were coming. I didn’t know what it was going to be, but I knew we were coming to a special place,” Rahm said moments after his victory Sunday.

“I know I got my breakthrough win here and it’s a very special place for my family, and the fact that my parents were able to come — I got out of Covid protocol early — I just felt the stars were aligning,” Rahm said.
The location of the victory also holds a special place in Rahm’s heart.

Not only did he have his historic win at Torrey Pines, but he also proposed to his now-wife at the location.

The victory also had extra significance for Rahm, falling on his first Father’s Day as a father. Rahm hugged his infant son and his wife moments after he was declared the winner. 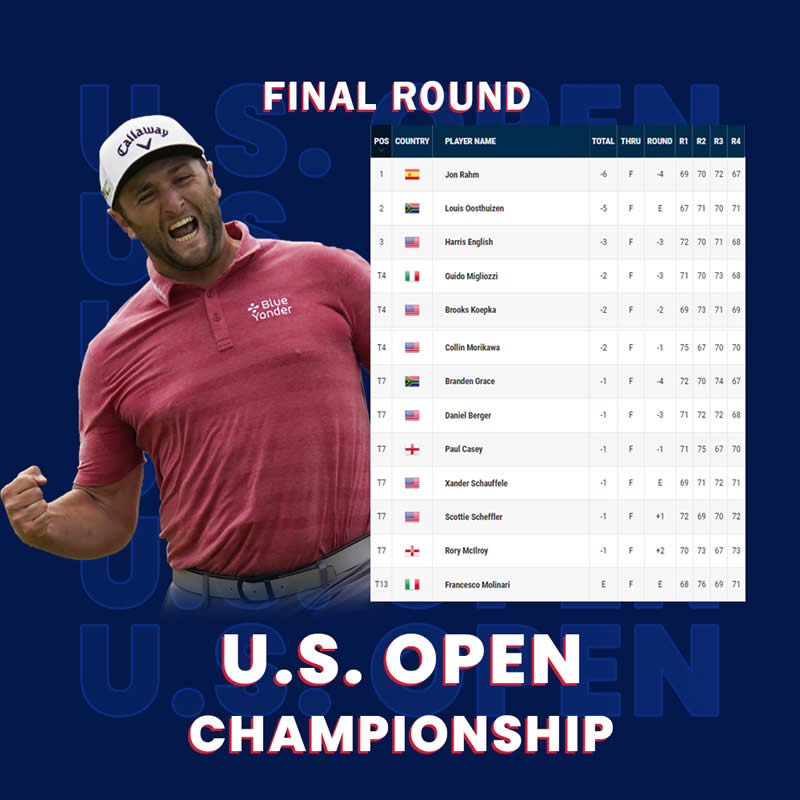 “It reminds me a lot to back home (sic). It’s not exactly the same, but the coastline, the weather, the temperature, this is basically a good summer day where I grew up,” Rahm said. “I think it’s something that really resonates with me, I’m really confident in it. Everything that’s happened here — I don’t know why — but every time we come here, we’re just happy.”

Power of a strong finish

When he was forced to withdraw from the Memorial Tournament last month, Rahm was arguably in the best form of his career.

Including the ZOZO Championship in October 2020, he had played in 13 PGA Tour events, missing the cut just once, finishing in the top five three times and in the top 10 nine times.

Although withdrawing at Muirfield Village Golf Club and being forced to isolate might have dampened his outlook, Rahm took it in stride to make history.

After carding a promising first three rounds, Rahm started Sunday as one of 13 players within four shots of the lead.

Despite battling former major winners and the next generation of golf stars — from Bryson DeChambeau to Rory McIlroy — Rahm remained calm.

Although the chasing pack — including Rahm — holed numerous birdies on the front nine of the tough California course, the back nine was a different story, with players struggling to make par.

With one contender after another dropping out, Rahm continued to play steady golf to remain in contention.

But others did make their moves on Sunday, with both Oosthuizen and DeChambeau each claiming a share of the lead at some point during the day, only to fall away shortly after. 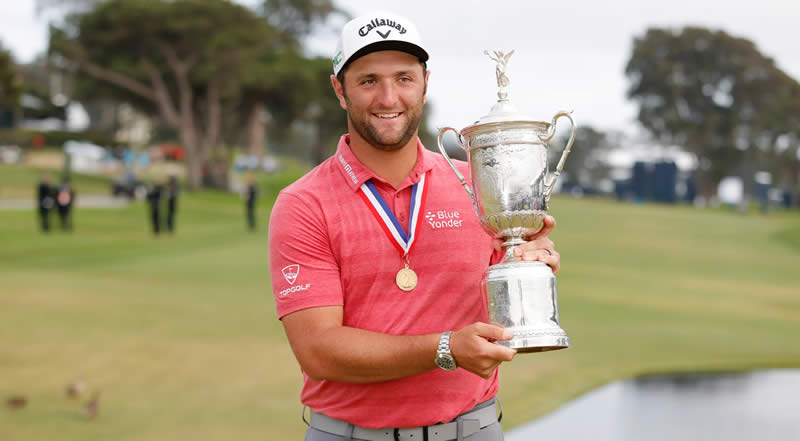 Rahm’s chance to break away looked to have passed as he came to the end of his round, missing birdie opportunities on the 14th and 15th holes, before a wayward drive on the 17th had people wondering if he too was slipping away.

But a remarkable approach shot and birdie putt had the 26-year-old celebrating wildly as he joined Oosthuizen at the top of the leaderboard.

Battling his nerves, he made another challenging birdie on the 18th hole to claim a one shot lead, having to sit and wait in the clubhouse for the later groups to finish to know if he’d done enough to win.

After Oosthuizen failed to recreate the magical eagle he made on the final hole on Saturday, Rahm finally realized his debut major victory, celebrating with his wife and newborn son, as well as recent PGA Championship winner Phil Mickelson, who stayed behind to congratulated the Spaniard.

“It’s incredible that I’m sitting next to this trophy,” Rahm said. “A couple weeks ago, I watched my good friend Phil win it. Not this one, but win the PGA, and I took a lot of inspiration from that.

“I’ve been close before, and I just knew on a Sunday, the way I have been playing the last few majors, I just had to be close. I knew I could get it done. I’m keeping that good Sunday mojo going. Man, I got it done in a fashion that apparently can only happen to me at Torrey Pines.”