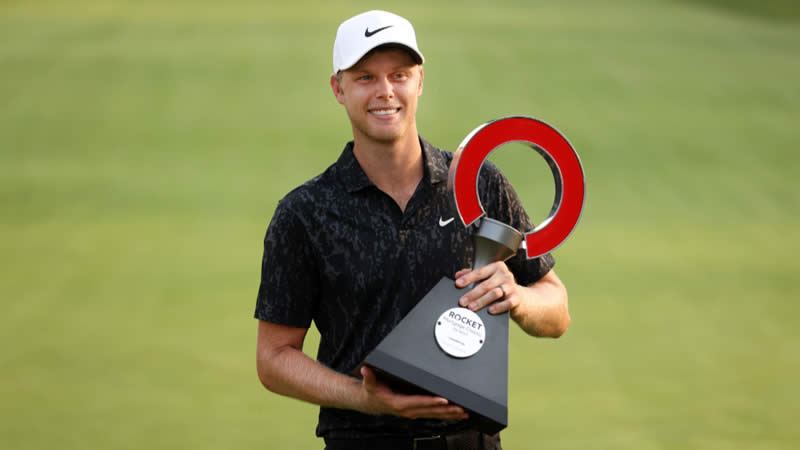 Five players were tied for the lead at 17 under when Troy Merritt and Joaquin Niemann, the last group of the day, stood on the 17th tee during the final round of the 2021 Rocket Mortgage Classic. Niemann and Merritt each made birdie on 17th and par on the 18th while Cam Davis finished eagle-birdie to force a three-way playoff at 18 under. 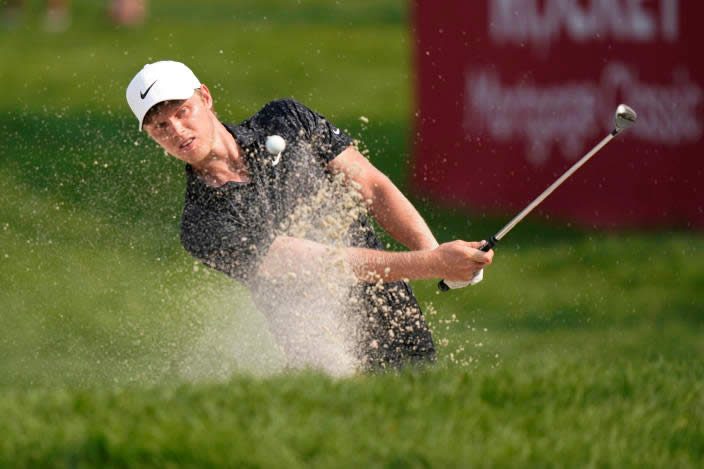 Niemann made his first bogey of the week on the first playoff hole, No. 18, and was eliminated while Merritt and Davis made par to advance. Both then made par on the second (15th) and third (16th) playoff holes before a pair of birdies on the par-5 14th sent the tournament back to No. 15, the fifth playoff hole.