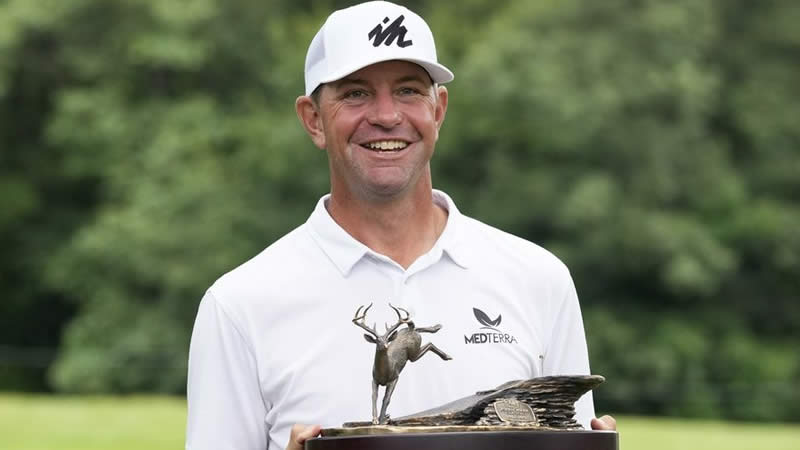 Lucas Glover stormed home with five birdies in his final seven holes to claim the 2021 John Deere Classic in Illinois.

The American rebounded from a lacklustre 70 on Saturday as he carded a seven-under 64 en route to a two-shot victory.

Glover opened with back-to-back birdies to commence his run up the leaderboard, picking up another shot on the eighth to head into the turn at three under.

Despite bogeying the par-four 11th, his late string of birdies ultimately proved enough to clinch his first PGA title in 10 years. 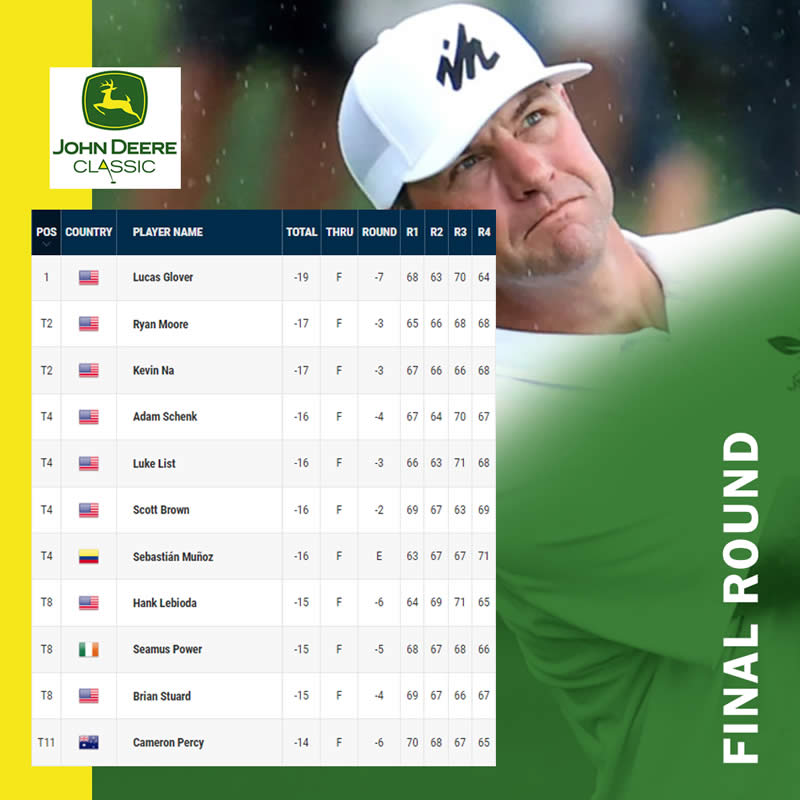 Overnight leader Sebastian Munoz unfortunately saved his worst for last, dropping four shots on the front nine on the way to an even-par 71.

Ireland’s Seamus Power finished four shots back after closing out his tournament with a five-under 66, while Scotland’s Martin Laird finished equal-28th on 11 under.