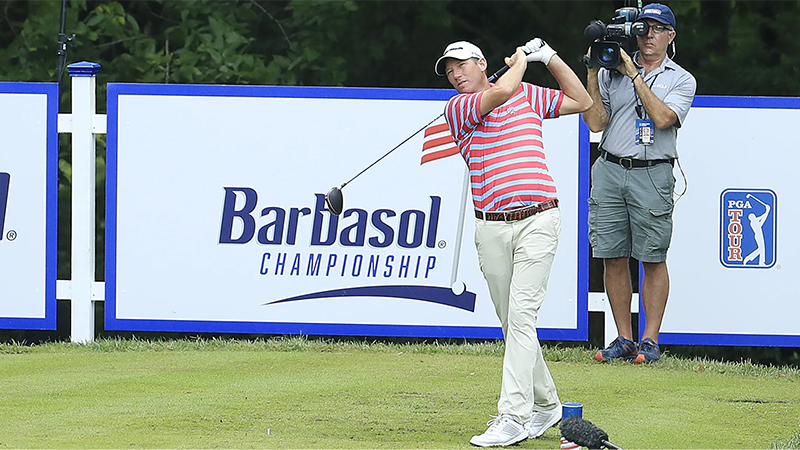 While the golf world’s eyes are on The Open Championship this week, the PGA Tour will host its opposite-field event, the Barbasol Championship, across the pond in Nicholasville, Kentucky, at the Keene Trace Golf Club.

Here are some names from this week’s field that could come away with the win and earn 300 FedExCup points, a two-year Tour exemption and a trip to next year’s PGA Championship, with odds courtesy of PointsBet.

The 2011 Masters winner only has one other Tour win in his career, the 2016 Valspar Championship. He showed flashes of his old self with his first runner-up finish since 2018 at this year’s Zurich Classic with his partner, Louis Oosthuizen (who knows a thing or two about finishing second), and Schwartzel placed T-3 at the AT&T Byron Nelson. Can Schwartzel use his experience to take advantage of this week’s field and get his third Tour win?

Schenk nearly came away with the John Deere Classic win, holding a two-shot lead on the final day. But a late bogey on a crowded leaderboard set him back and he finished fourth. However, it was still his best-ever and first top-10 Tour finish.

Earlier this year the Chile native won back-to-back Korn Ferry Tour events, notching three KFT wins on the season and earning the three-win promotion to the Tour – the 12th player to ever complete that feat. Pereira, who lost his KFT card in ’18, finished T-34 at the John Deere Classic after missing the cut in his first Tour start, post-promotion, at the Rocket Mortgage Classic.

The Florida State graduate took home this year’s Jack Nicklaus, Ben Hogan and Fred Haskins awards – with some help from fellow Seminole Brooks Koepka. Now the 22-year-old New Jersey native is poised to cement his name on the Tour just as Garrick Higgo did last month at Congaree. Pak is appearing in his fifth event as a professional this week, after missing three straight cuts and finishing T-51 at the U.S. Open.

It’s been the year of the seasoned veterans throughout sports – Phil Mickelson, Richard Bland, Tom Brady, Chris Paul, to name a few – and maybe the 46-year-old Van Pelt can be added to the list. After a slew of injuries forced him into a hiatus of 1,321 days (from 2016-19) between Tour starts, Van Pelt contemplated retirement. However, he inspiringly made a comeback and placed T-2 at Congaree for his first top-10 finish since 2015.

Haas has six career Tour wins, with the last one coming in 2015. He lost in a playoff to Schwartzel at the 2016 Valspar. Although his best finish this year is when he tied for 25th at Congaree, he has more experience and wins than most of the field and can dip into the fountain of youth to get back in the winner’s circle.

Stranger things have happened before, like when Daly won the ’91 PGA Championship as the ninth alternate. Daly will tee it up in Kentucky for his second Tour event of the year (MC at PGA Championship) while the major he won in ’95 takes place across the Atlantic. How Daly would it be if he took eyes away from Sandwich, England and provide another improbable win?