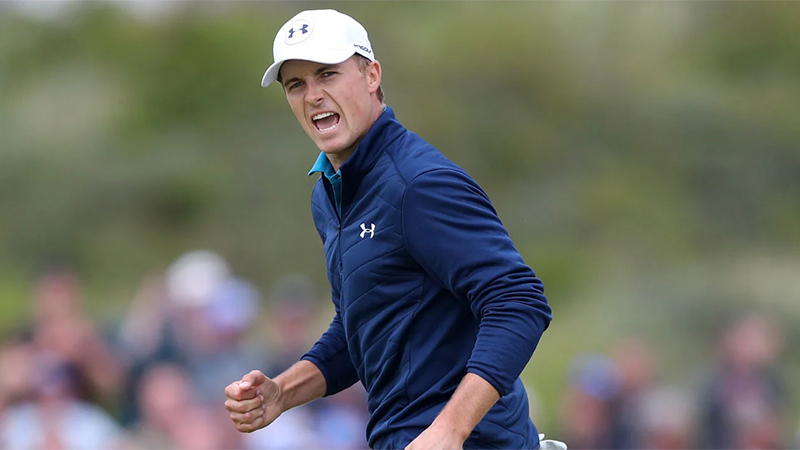 It has been easy to forget, if ever so slightly, about Jordan Spieth this summer. He took a three-week break, after all. You are forgiven for sleeping on him.

But there will be no more sleeping on the man who might end up winning Player of the Year — especially not after a first-round 65 at the Open Championship, which puts him just one off the early lead.

The 2017 Open champion made four birdies in a row on the front nine and added another pair on the back for his lowest round in this major since that memorable win at Birkdale four years ago. Spieth entered that tournament after a three-week hiatus, too, which might be his summer thing. Whatever makes you comfortable.

“You just never know that first round if there’s gonna be any bit of rust,” Spieth told Golf Channel after the round. “That four-birdie in a row on the front nine was big to kind of get into this tournament and get settled in.”

There’s some Player Talk of the most generic kind. Of course four birdies in a row on the first nine of a major is going to be “big.” They came on holes 5-8, the unwritten go-zone of sorts on this course. On a dry, breezy day in England, the best players took advantage.

Spieth played Thursday just like he has all year long, in supreme control, chatty with his caddie, leaning on his irons and putter, scrambling from whatever trouble his driver got him into. That approach — striking balls into the wind like he grew up doing in Texas, working your way along the undulating turf — feels so obvious when it happens on a links course. Especially when they haven’t cut the fescue rough in months. And especially when Bryson DeChambeau is in your group, playing everything through the air.