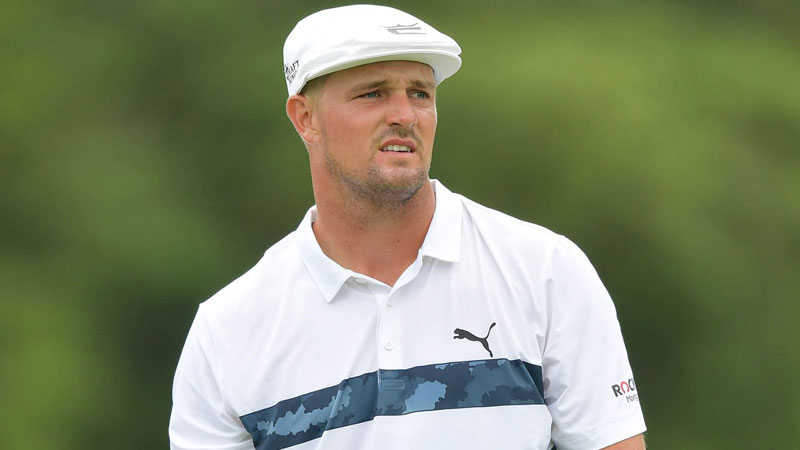 MEMPHIS, Tenn. – A week after having his Olympic dreams dashed because of a positive COVID-19 test, Bryson DeChambeau was back on the PGA Tour – looking leaner and sounding a bit nasally.

DeChambeau said he lost about 10 pounds in the aftermath of his COVID diagnosis, which came July 23, during the first wave of testing ahead of his departure for the Tokyo Olympics. Unable to compete, he withdrew from the competition, allowing Patrick Reed to play for the U.S. Olympic team for the second time.

Asked what he felt watching the Olympics knowing he could have been in Japan, DeChambeau said Wednesday after his pro-am round: “I didn’t feel anything because I wasn’t playing in it. It didn’t matter. It was sad when I tested positive. And then after that, my brain just shifted into a place where, OK, I wasn’t in the Olympics. It is what it is.”

DeChambeau, who was not vaccinated, didn’t begin to experience symptoms – congestion, fatigue, a few “coughing spurts” – until a few days after his initial positive test. He said he still hit balls in his in-home simulator but mostly just rested. He began to feel better over the weekend, and he played nine holes each of the past two days in advance of this week’s WGC at TPC Southwind. Unable to generate the same speed after what was largely a week of inactivity, DeChambeau said he’s lost about 5 mph with his driver.

“I’m not really expecting much,” he said of his expectations. “I’m just trying to get out here and feel good again and get my swing in a place where I’m comfortable. Maybe lower expectations will help me play well this week.”

Ranked seventh in the world, DeChambeau has only one top-10 finish since March.

DeChambeau said that he didn’t know where or how he picked up the virus. He was tested before, during and after the Open Championship, and none of the other people he was around in the days after returning home from England has tested positive.

When asked whether he had any regrets about not getting vaccinated earlier, considering his Olympic withdrawal, DeChambeau said: “The thing is, the vaccine doesn’t necessarily prevent it from happening. That’s where for me, I’m young enough, I’d rather give it to people that need it. I don’t need it. I’m healthy. I’m a young individual that will continue to be healthy and continue to work on my health. But I don’t think that taking a vaccine away from someone that could need it is a good thing.”

Despite DeChambeau’s claims, the CDC has said that vaccines have been widely available in the U.S. since the spring. DeChambeau said both of his parents are vaccinated, including his father, Jon, who is a diabetic.

“As time goes on, if it’s mainstream – like, really, really mainstream – and everything is vetted out, yeah,” he said, “I don’t have an issue [getting vaccinated].”