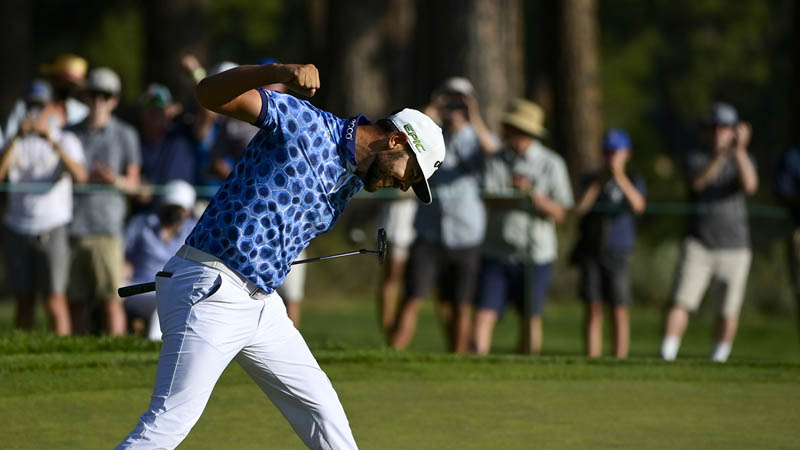 The 31-year-old from Cape Town scored 16 points in the fourth round for a 50 point total and a five-shot win over runner-up Andrew Putnam of the United States at the Old Greenwood Course in Truckee, California.
South Africa’s Erik van Rooyen birdied the 18th hole with the help of a lucky bounce to win the 2021 Barracuda Championship on Sunday for his first victory on the US PGA Tour.

The 31-year-old from Cape Town scored 16 points in the fourth round for a 50 point total and a five-shot win over runner-up Andrew Putnam of the United States at the Old Greenwood Course in Truckee, California.

Van Rooyen becomes the third South Africa to win on the PGA Tour this year, joining Branden Grace and Garrick Higgo. This is the first time three different South African’s have won in the same season since 2010 when Ernie Els, Tim Clark and Louis Oosthuizen did it.

“This means everything,” van Rooyen said. “It is everybody’s dream to play here (North America). Look at my career. I started in South Africa. I won in South Africa and Europe and now here. I am over the moon.”

Putnam scored 11 points on Sunday as did third place finisher Scott Piercy at the event which uses the modified Stableford scoring system.

Players receive eight points for an albatross, five for eagle, two for birdie and none for par. A point is subtracted for a bogey, and three points are taken away for a double bogey or worse.

Van Rooyen got a lucky break on 18 when his tee shot sailed way left into a clump of trees. It smacked into one of the saplings with a resounding thud and ricochetted back onto the middle of the fairway.

He hit his 194-yard approach on the green, and drained a 10 footer for birdie, celebrating with a first pump and a scream.

“I got a massive break on 18,” he said. “It was probably the worst shot I hit all week but I got a really great bounce. Sometimes you need a little luck.” 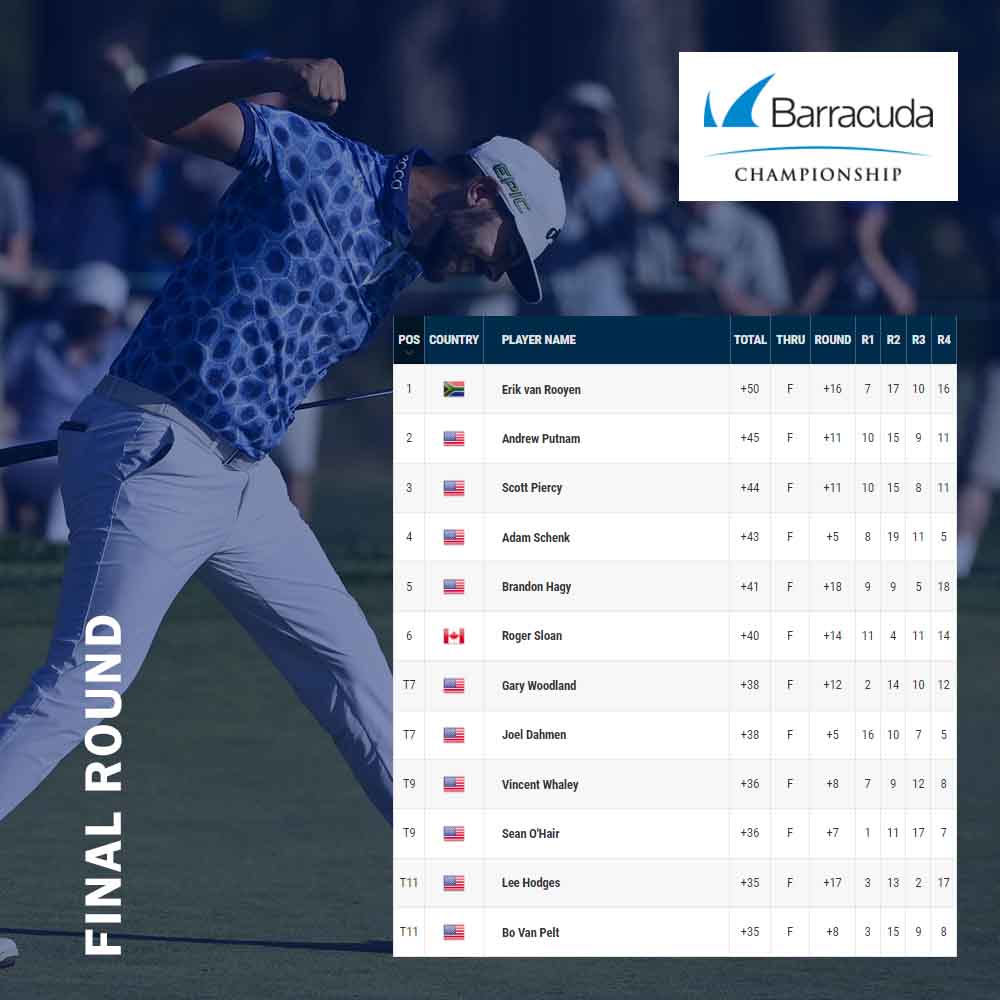 The 2017 runner-up at the Joburg Open already had one victory on the European Tour, capturing the Scandinavian Invitational in 2019.

Van Rooyen dedicated this win to his wife and baby, who was born a month ago. He has been so busy travelling for work that he’s hardly spent any time with his new daughter.

“We had a baby a month ago. I have only been with her for a week so this one goes out to my wife and daughter.”

Putnam, who was seeking to become just the third player to win this event twice, got off to a roaring start by going birdie, eagle, birdie, birdie on his first four holes.

He sank his fourth and final birdie of the day on the par-four 16th but then ran into trouble on 18 when his wayward tee shot landed in a fairway bunker. He won this event in 2018 for his lone PGA title.

4 Stretches You Should Do Before Golfing