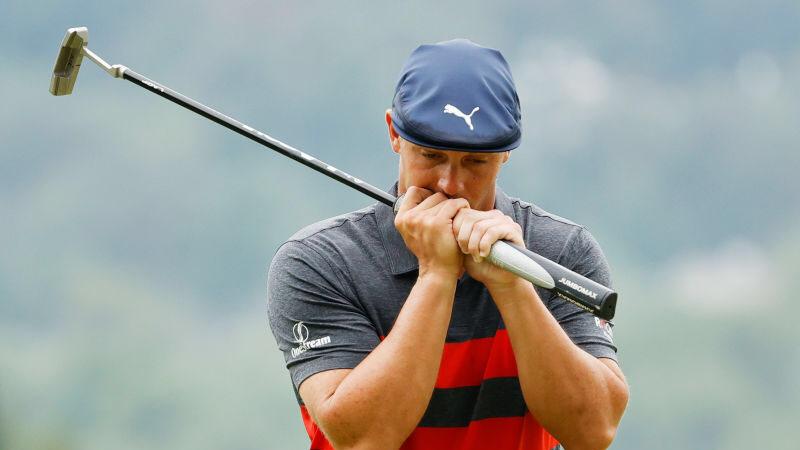 DeChambeau agonisingly saw his birdie attempt slip past the hole from inside of 10 feet on the sixth extra hole as his US compatriot Patrick Cantlay clinched his fifth PGA Tour title to move to the top of the FedEx Cup standings.
As DeChambeau walked off the back of the 18th green, he overheard a fan yelling “Nice job, Brooksie!” (in reference to DeChambeau’s ongoing spat with Brooks Koepka).
DeChambeau is then said to have motioned for a police officer to confront the fan, before he continued his climb up the hill to the clubhouse.

To DeChambeau’s credit, he did hand his iconic cap to an ecstatic young fan.
DeChambeau, who is bidding to win the FedEx Cup for the first time in his career, will start this week’s season finale at the Tour Championship on 7-under par and three shots behind Cantlay.

Patrick Reed returns for Tour Championship after battle with pneumonia

Best Exercises for Golfers in Quarantine or at Home