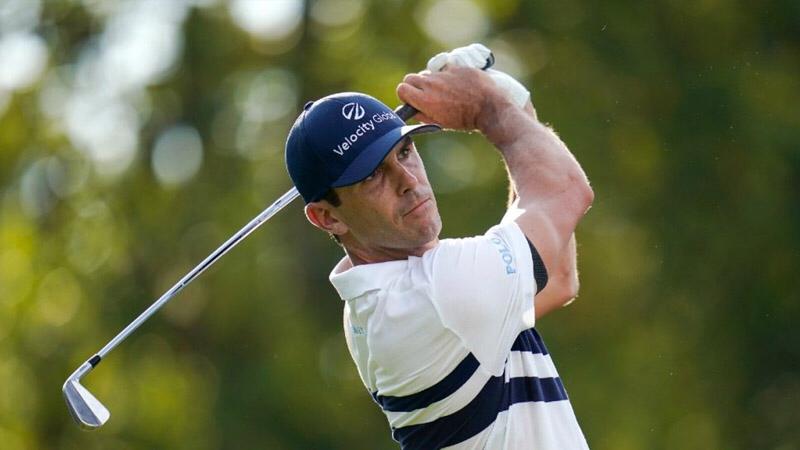 Billy Horschel carded a seven-under final round of 65 to win the BMW PGA Championship at Wentworth by one shot.
He finished on 19 under to become only the second American after the legendary Arnold Palmer in 1975 to win the European Tour’s flagship event.

England’s Laurie Canter, who shot 67, failed to force a play-off after missing a 15-foot birdie on the 18th.

Lee Westwood carded 77 but still sealed his spot in the Europe team for this month’s Ryder Cup.

Ireland’s former Open champion Shane Lowry began the day in a tie for seventh and could have replaced Westwood with a top-eight finish at Wentworth.

However, he ended up tied for 17th following a final round of 71 after going bogey-double bogey on the 14th and 15th while Bernd Wiesberger’s tie for 20th knocked him out of the Ryder Cup side.

Europe will seek to defend the Ryder Cup against the United States at Whistling Straits in Wisconsin from 24 to 26 September.

Rose finished joint sixth at Wentworth following a round of 65 which will have enhanced his claims for a wildcard.

Welshman Jamie Donaldson (66) – hero of the Ryder Cup at Gleneagles – and Thailand’s Kiradech Aphibarnrat (64) were in the joint lead before Horschel birdied the 18th to secure victory.

“If it wasn’t for him, we wouldn’t have this modern era of golf to play in front of thousands of fans and big sponsors.

“Tiger Woods took it to another level but Arnie is the one who started it. So to have my name on that trophy is pretty special. To win this event means a lot.”

Horschel won the WGC Matchplay in March but missed out on a Ryder Cup wildcard for the American team and did not even get a call to say he had been considered by US captain Steve Stricker.

“It sucks not making the team,” Horschel added. “I didn’t play consistent enough and well enough after I won the Matchplay to warrant a pick or to get enough points to be an automatic selection.

“I was a little gutted I didn’t get a call this week.

“I was a little ticked. Gave me a little bit of fire in my butt. There was a little more added motivation this week for that.”