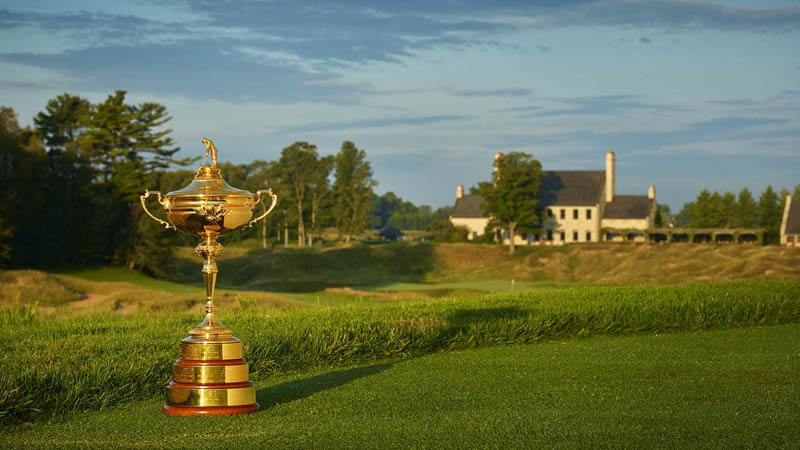 Steve Stricker, in introducing his six captain’s picks for the U.S. Ryder Cup team, described Harris English as “an older guy,” and the peanut gallery began to chirp.

For those who don’t know, English is an ancient 32.

“I didn’t know that being 32 was considered old these days,” English said.

“Thirty-two is not old,” said Xander Schauffele, another captain’s pick. “I’m happy that 32 is on the ‘older’ side for our team. I think it’s a good time for a younger influx of players and really excited to run with these guys.”
Schauffele was right, and he wasn’t. Thirty-two is not old. (What is, am I right?!) But 32 on the American team that will tee it up beginning Friday at Whistling Straits? A bonafide fossil. Especially when compared to the European dozen.

The difference in team age is maybe best described this way: When Westwood played in his first Ryder Cup in 1997, the Americans’ youngest player, Morikawa, was just seven months old. Still, Stricker’s automatic selections were youthful (Johnson, Koepka, Cantlay, Thomas, DeChambeau and Morikawa), then he kept the theme going with his picks. And it wasn’t simply that Stricker, 54, wanted to feel young himself.

“They bring in an excitement level that is unmatched, I think, and they are eager, they are willing to learn, they just want to have that opportunity and they will do anything for that opportunity,” Stricker said. “I see that much in these six guys here as well in that they are just eager to get in there and play and they are excited to be a part of this.