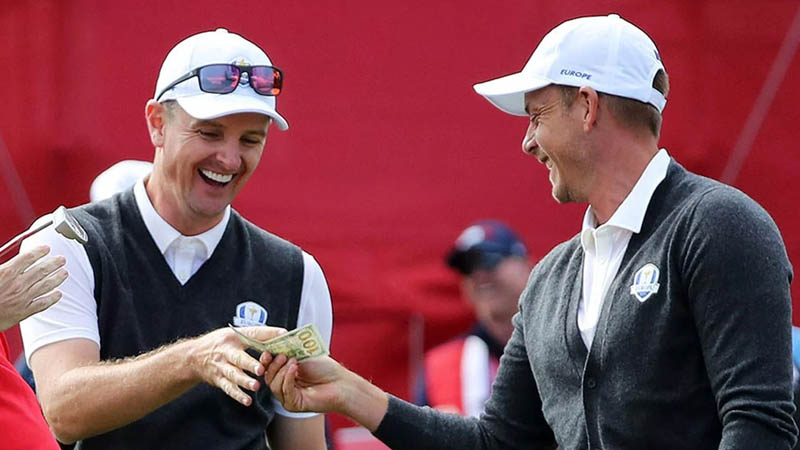 Though Ryder Cup players don’t receive any official compensation for participating in the biennial event, ever since 1999, when top players Tiger Woods, David Duval, Phil Mickelson and Mark O’Meara caused a kerfuffle when they questioned why they didn’t have more say in the multi-million dollar proceeds generated by the exhibition, American players now receive a specific sum of money that they’re allowed to allocate to charities of their choice.

This year, a total of $2.85 million was given to the the 43rd Ryder Cup Outreach Program, which benefits charities and youth-development programs around the country. Each U.S. player — as well as captain Steve Stricker — receives $200,000 — half of which is earmarked for youth charities like the PGA Jr. League, Drive, Chip & Putt Championship and the KPMG Future Leaders Program, while the other half is left to donate at the player’s discretion.
The five U.S. vice captains are each allotted $50,000, which is distributed in the same way. Since 1999, over $28.6 million has been donated, benefitting over 200 different charities.

While the majority of players opt to donate their personal share of the charity money to their namesake foundations, other’s break the $100K into smaller donations for multiple charities. Check out the breakdown below to see where every dollar of Team USA’s charity money was directed
2021 Ryder Cup player charity fund designees
Steve Stricker – Steve Stricker American Family Foundation $100,000