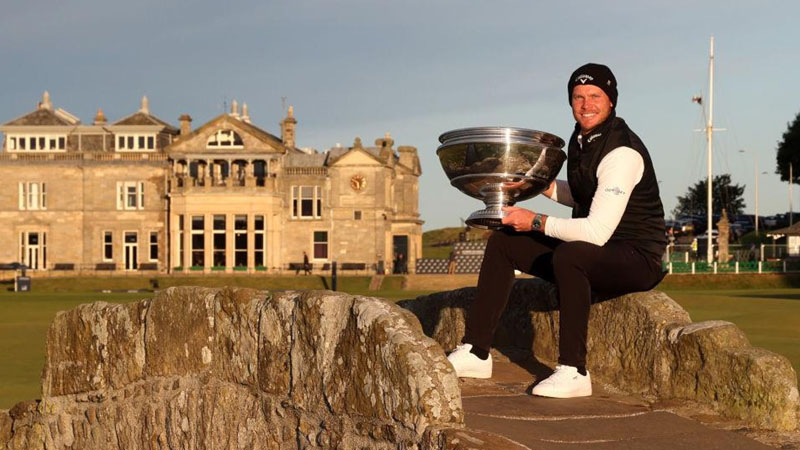 The 2016 Masters winner, who turned 34 on Sunday, started the final round on the Old Course with a three-stroke lead and remained at the top of the leaderboard throughout the day, making the turn in three under par.

His fifth birdie of the day followed on the tenth hole and he parred his way home to sign for a four under 68, a two-stroke victory, and his first win since the 2019 BMW PGA Championship.

Willett, whose victory lifted him from 164th to 101st in the world rankings, said: “To win here, at the Home of Golf, is very special. Hopefully it will serve to give me a little bit of momentum going into the last couple of months of the season.”

“It’s been a good week. I’ve always said if I get a bit of a sniff, I’m usually all right. And today was a nice example of that. Scoring was pretty low on that front nine, and we were able to fend off a few guys and play really solidly on the back nine.

“It’s been a relatively average year till this. Fingers crossed now we’ve got six or seven events left till we put the clubs down at Christmas, so hopefully we can push on a bit from this.”

He added: “I’ve always liked the Old Course. I finished sixth here at the Open in 2015 when I was playing alongside Zach Johnson. It gives you ways out. If you are nervous, you aim down the left on any hole you want. If you’re out of position a little bit too much, you can’t get to a few of the flags. It was nice to step up on a few of them on the back nine and put them in A-1 position.”

Two-time Dunhill Links winner Tyrrell Hatton recorded his second runner-up finish at the event in the space of three years on 16 under par, joined on that number by Joakim Lagergren. The Swede finished inside the top four for the fourth time in just six starts in the popular Pro-Am tournament. Sharing fourth were last week’s Ryder Cup debutant Shane Lowry and Betfred British Masters champion Richard Bland.

Northern Irishman Michael Hoey, who won the Alfred Dunhill Links Championship in 2011, and his amateur partner Maeve Danaher took the team honours, with Danaher becoming the first woman to add her name to the Team Championship roll of honour. The pair recorded a team score of 36 under par, beating Australian cricket star Shane Warne and New Zealander Ryan Fox, who were tied on the same score, thanks to Hoey’s eight under par tournament total.