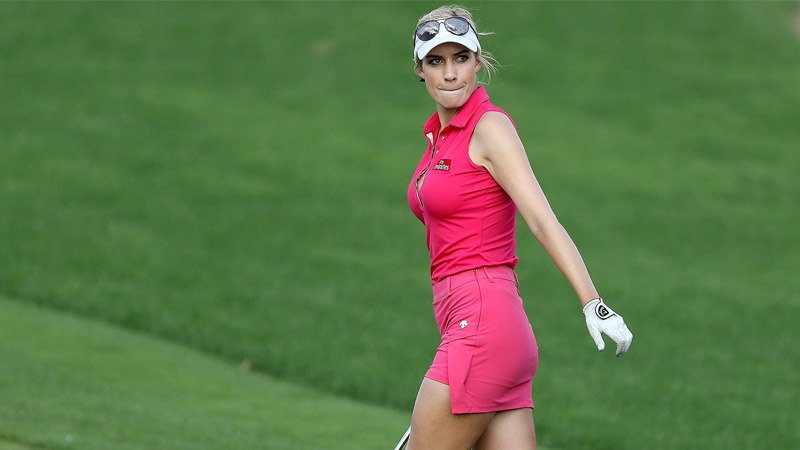 Paige Spiranac is the most followed golfer on Instagram, beating out Tiger Woods and Rory McIlroy.
Paige Spiranac just scored what will probably be the most important hole-in-one of her life.

On Monday, the social media sensation — known for her sultry golf content — hit an ace in front of golf legend Gary Player, while at the Berenberg Invitational.

Spiranac called the single swing on the par-3, 148-yard 14th hole at GlenArbor Golf Club the “coolest moment of my life!” in a post on Instagram, that included “video proof” of shot. She shared a celebratory hug with Player, a 24-time PGA Tour winner. His long laugh at the end of the video is almost as good as Spiranac’s hole-in-one.

After she showcased her smooth golf swing, the crowd began screaming about Spiranac’s hole in one. Her hair was styled in a braid, and she wore an all black outfit with a hat and white sneakers.

Player shared a photo with Spiranac to his Instagram Story that showed the pair analyzing the green at the Bedford Hills, N.Y. course. New York photographer Scott Sessions snapped the photo, among others at the annual event.

The model’s big moment came after it was recently revealed that she’s the most followed golfer on Instagram, beating out Tiger Woods and Rory McIlroy.