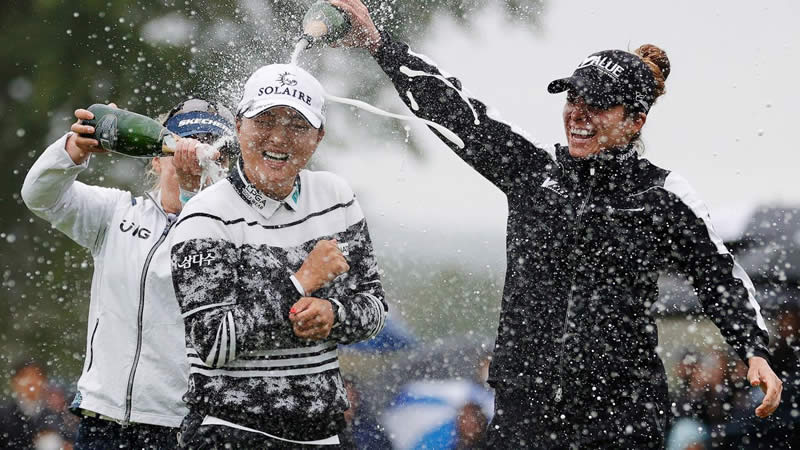 The Korean carded a five-under final round 66 to finish 18-under for the tournament and four shots ahead of Germany’s Caroline Masson in second. In doing so, it was her 14th consecutive round in the 60s which tied the longest streak in the Ladies Professional Golf Association’s (LPGA) history.
Annika Sorenstam — widely considered one of the greatest golfers in history — initially set the record 16 years ago in 2005.

The 10-time major winner won three of four tournaments during that stretch of 14 straight rounds in the 60s — including a major — and was runner-up in another.

Ko’s compatriot Ryu So-yeon also matched the record in 2016 and 2017.
However, after matching Sorenstam and basking in the glory of her victory — her third in her last six LPGA starts — the world No. 2 wants more.

“I still have a chance (to) beat Annika, and I will try to do my best,” she said.

Two years ago, Ko shocked the golfing world by breaking Tiger Woods’ record of 110 consecutive holes without a bogey.

In the season in which she won her first two majors, she went a remarkable 114 consecutive holes without making a bogey before missing a seemingly simple three-foot putt on the ninth hole at the Cambia Portland Classic.

Ko reacts after sinking her final putt on the 18th to win the Founders Cup.
After setting the record and ending her run, Ko wasn’t downbeat.
“Now, it’s done,” Ko said in 2019. “I’m free.”
Fifteen-time major winner Woods initially set the record in 2000.