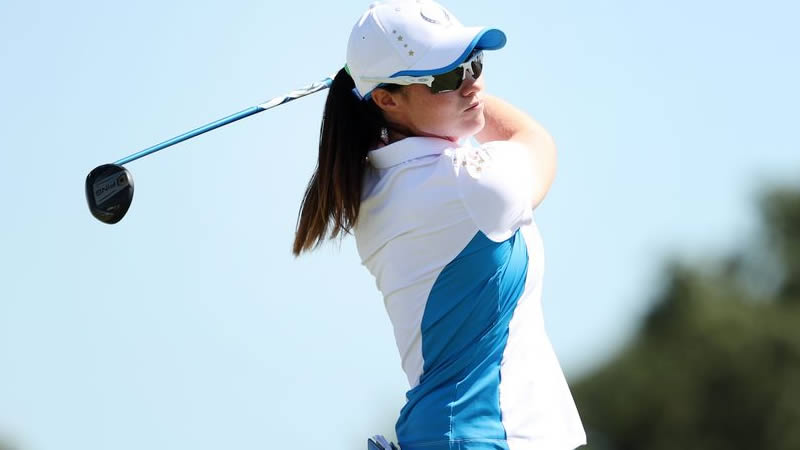 Leona Maguire completed what’s been a near flawless Solheim Cup debut in her match against Jennifer Kupcho today.

The Cavan native dominated throughout to secure Europe’s first points of the day, leaving them just four away from victory.

In doing so, Maguire now boasts a record for a rookie in the competition after a scintillating weekend in Toledo.

Maguire duly completed a comprehensive 5 and 4 victory to make it four and a half points from five matches on her debut in the contest.

The 26-year-old told Sky Sports: “The goal was to get my point, that’s all I can do.

With all 12 matches out on the course, Europe led in three, trailed in three and were all square in the remaining six.

Ireland’s Maguire was in the strongest position as she raced four up on fellow unbeaten rookie Jennifer Kupcho after just seven holes.

Maguire, who had taken three and a half points from her four matches to date, eagled the second and birdied the fourth, sixth and seventh to take command of match three.