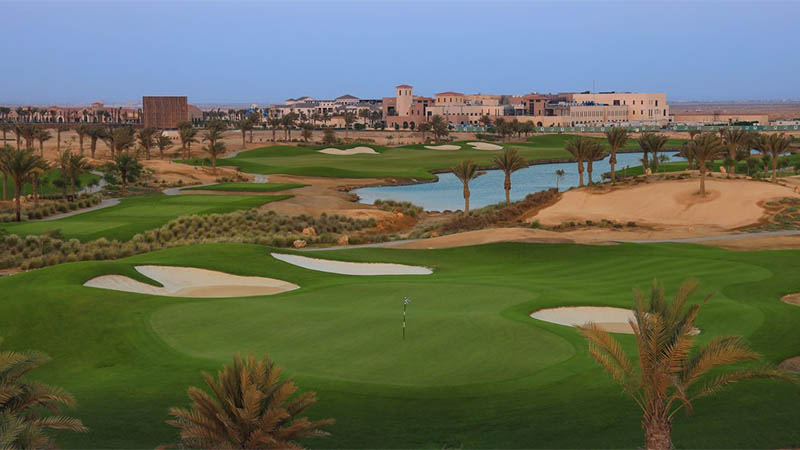 Saudi Arabia’s growing influence on world golf is felt again as the Kingdom stages a fortnight of women’s events, a week after announcing Greg Norman as spearhead for plans that could lead to a Super League in the men’s game.

This is a fascinating time for the professional game. Evolution is vying with revolution with disruptive influences and new revenue streams concentrating the minds of tour bosses.

It has been further stirred by increasing Saudi Arabian influence. Golf is one of several sports used in the country’s efforts to rebrand itself amid concern over its record on human rights, a process regarded in many quarters as ‘sport swashing’.

The riches of the country’s Public Investment Fund are persuasive in putting human rights concerns to one side. Just ask Newcastle United football fans who have been celebrating the Saudi takeover at St James Park.

It is an inescapable fact that professional golf has always followed the money. So it is no surprise that the country has already bought its way onto leading schedules and attracts big name players.

“I know the impact this event had with Saudi girls last year, with more than 1,000 signing up to learn to play,” Ko claimed after accepting her invitation to make her debut there.

“So it sounds like I’ll be playing somewhere that’s really starting to fall in love with golf.”

We have witnessed similar PR spin from stars who played in the men’s equivalent tournament, which was staged by the European Tour over the past three years.

“I’m excited to go play and see a place in the world I’ve never been,” Phil Mickelson told us when he decided to play last year’s edition.

“I understand those who are upset or disappointed. You’ll be OK. I’m excited to experience this for the first time.”

Significantly, the event switches to the Asian Tour when it becomes the organization’s flagship tournament next February. Saudi influence is fueling a feeling that the current structure of the men’s sport, dominated by America’s PGA Tour, may be under threat.

“This is only the beginning,” Norman said after being unveiled as chief executive of Liv Golf Enterprises, which is committing £145m to 10 new Asian Tour events to be staged annually over the next 10 years.

The 66-year-old former world number one was short on detail on how his Saudi financed project might develop, but pointedly stated the new Asian Tour events would involve tournaments in the Middle East and Europe.

It is golfing territory dominated by the European Tour, who can ill afford to give ground but are bolstered by a strategic alliance with the PGA Tour that was struck nearly a year ago.

They partnered after the continental circuit turned down an approach from the Premier Golf League (PGL), another outfit that wants to revolutionize the professional game.

PGL originally had Saudi backing but that is no longer the case, with the country now looking to set up their own version of a lucrative Formula One style season for leading golfers.

Neither PGL or the Saudis have signed a single player to date. All they have are ideas and claims to vast amounts of money.

PGL want to open talks with the PGA Tour because they believe they have a plan that would take the game to a new level while significantly benefiting rank and file members of the American circuit.

But, so far the PGA Tour has ignored the overtures made by the British-based upstarts, preferring to forge ahead in tandem with the European Tour.

The challenge for both established circuits is to judge the true extent of the threat to their primacy in golf outside the majors.

And they have to do this while keeping happy star names as well as less vaunted playing members; different constituencies who do not necessarily share the same priorities. It is far from easy.

Rumours of vast sums available to those at the very top of the game have become the talk of the locker room in recent times. Leading players have never been more aware of their increasing value.

But jumping ship from a collective that has already made them very wealthy is a massive and contentious call. This is an intriguing period as the game tries to determine its future direction.