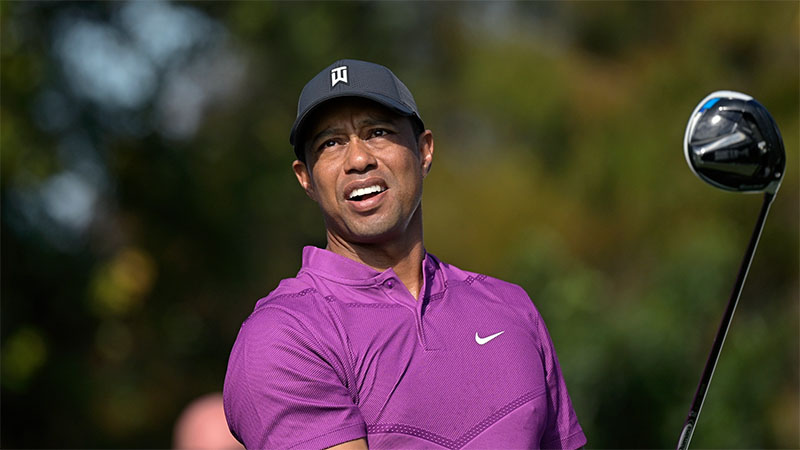 Lou Cestello learned at the same time as the rest of the world that Tiger Woods would reenter the competitive orbit at this week’s PNC Championship.

“Like everyone else, we were watching social media,” Cestello said in a phone interview Monday. “It seemed like it was a game-day decision for lack of a better term, or maybe a couple of weeks before game day. But we had our fingers crossed.”

As a senior executive at PNC who oversees the bank’s sponsorship team, Cestello had a particular rooting interest in Woods’ decision to make his return this week. First and foremost, Cestello said, he was happy for Woods and his family, in that Woods is already far enough along in his recovery from his February car accident to compete again. But for Cestello and his team, there also was the added bonus of what Tiger and his son Charlie’s participation in the PNC means for attention around the event.

“It’s almost immeasurable,” Cestello said. “We’ll have to see what the TV ratings end up being. Tiger just kind blows the lid off it in terms of the popularity.”

Indeed, for the second consecutive year Tiger and Charlie have made what was once a low-wattage off-season affair into one of the most buzzed-about events on the golf calendar. When Tiger and Charlie played a year ago, the golf world got its first extended look at father and son in action. An average of 1.5 million viewers tuned in to both the Saturday and Sunday telecasts, almost tripling 2019 numbers. This year, even more intrigue. On the Ritz-Carlton Orlando Grande Lakes course, Tiger will do what even a few weeks ago seemed unthinkable: pace fairways and hit full-swing shots in a nationally televised event, less than 10 months after suffering injuries so severe they could have resulted in him losing his right leg.

“We’re math people,” Cestello said when asked about Tiger’s potential impact on drawing eyeballs this week. “We’re always watching ratings and numbers and try to measure everything we can. We expect there to be a big bump this year.”

Beyond TV, PNC will also enjoy all the publicity from countless media outlets covering the event on their platforms, including many from outside the golf space. The tournament received so many requests for media credentials that it has had to set up a spillover press center in the on-site hotel.

It’s been quite a ride for the PNC. When the event was founded in 1995, what was then known as the Father/Son Challenge was a chill feel-good tourney that put a bow on the year with major winners and their sons teaming up for a 36-hole scramble in the Florida sunshine. The Floyds (Ray and Ray Jr.) dominated the early years, winning five of the first six editions. Larry and Drew Nelson had a nice run, winning in 2004, ’07 and ’08. By 2009, though, the Father/Son was without a title sponsor and dropped off the calendar. The event remained on hiatus until 2012 when PNC stepped in to help fund it.

In 2017, the tournament — which is jointly owned by IMG and NBC Sports — spiced up the field, allowing younger winners to compete with their fathers. In 2019, Annika Sorenstam became the first woman to join the field. This year, world No. 1 Nelly Korda will play alongside her father Petr.

But Tiger’s return will dominate the headlines. “Certainly his and Charlie’s involvement has created a fervor around this event that we have not seen in the past,” Cestello said. “It’s already the highlight of our nine-year history, his making his comeback here.”

Cestello, who is on site in Orlando, will be closely watching how Tiger’s weekend unfolds — with PNC’s marketing interests in mind, yes, but also simply as a curious observer.

“Sometimes you forgot in a position like ours, when you’re a sponsor, that we’re regular people and golf fans as well,” Cestello said. “Just to see the level of excitement on the internet when Tiger was hitting balls on the range in Albany a couple of weeks back and how the internet lit up, it has us super-excited for PNC, but super-excited for Tiger as well.”