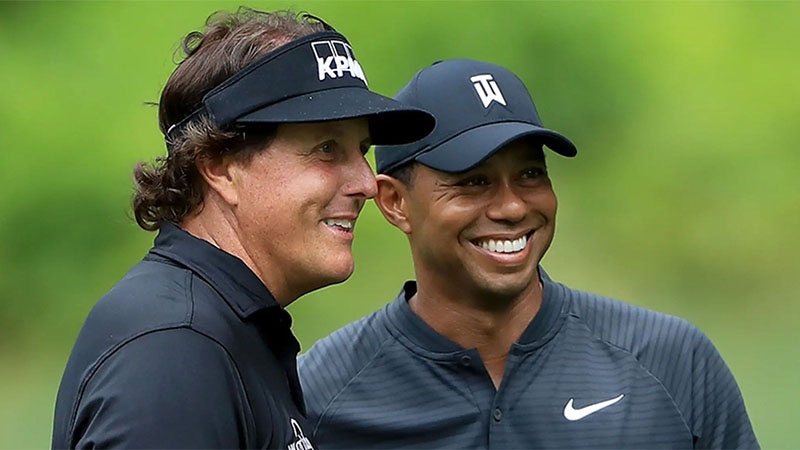 Golf legends Phil Mickelson and Tiger Woods have gone toe-to-toe many times, but the latest 1-2 involving the two stars has the golf world in a small uproar.

As a reward for winning, Mickelson received $8 million. Woods, for coming in second, takes home $6 million. But to the frustration of many, world No. 2 Collin Morikawa came in 11th and won nothing.

As you can imagine, there are a lot of people complaining about this system and how it worked out. Some people are pointing out that Tiger Woods doesn’t deserve the award since he didn’t compete in 2021 and barely uses social media:

Others were understandably salty that Morikawa got snubbed the way he did:

Still others simply believe that the PIP is dumb:

2021 couldn’t have been more opposite for Phil Mickelson and Tiger Woods. Mickelson won his first major in several years, claiming victory in the PGA Championship, while Woods has spent most of the year recovering from the severe car accident.

Fortunately, Woods recovered and was back on the golf course earlier this fall. He might be fit to return to Augusta for the Masters next year.

Will we see Woods and Mickelson compete at any events together next year?