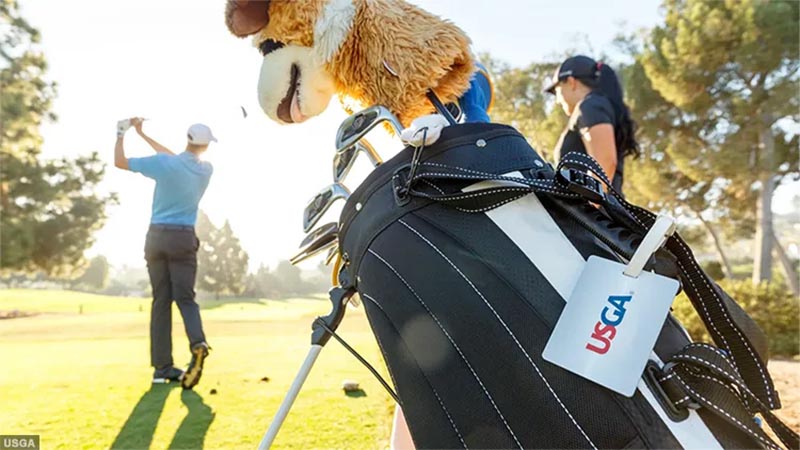 New year, new rules. The calendar turning to 2022 means that a few previously announced rules changes via the USGA and R&A are now officially live on Jan. 1, 2022.

How many do you need to know? Basically three of them are worth mentioning, but they only affect some professionals and a small amount of amateur golfers, so worry not your weekend game won’t be changing. Regardless, a basic understanding of these will make you the smartest player in your group, and it can’t hurt to be educated, right? Here are the main changes:

The PGA Tour will implement a new local rule and limit driver length to 46 inches (previously 48 inches). If this one sounds familiar, that’s because Phil Mickelson has been a vocal critic of it. Mickelson, who won the PGA Championship last year with a 47.9-inch driver, has called the change “pathetic.”

GOLF’s equipment editor Jonathan Wall says most drivers on Tour are around 44.5 to 45.5 inches, and the USGA previously said only 3 percent of pros use drivers longer than 46 inches. Rory McIlroy was among the players who didn’t seem bothered by the change.

“I was in all those meetings when we discussed it for quite a while, and I think the majority of players are on board with it,” McIlroy said in October.

As for you? Don’t lose sleep over it. It’s a local rule, so you don’t need to worry about it if you happen to be playing that long of a driver anyway.

The other main change coming to the PGA Tour starting Jan. 1, 2022, is another local rule: greens-reading books are getting a makeover.

Under the new local rule the PGA Tour will implement, players and caddies will be required to use committee-approved yardage books. According to a memo sent to Tour players and caddies, the committee-approved books “will be very similar to a traditional yardage book and, with respect to greens details, will have only general information on slopes and other features.”

In short, books from 2021 or prior can no longer be used, and players/caddies can only add notes to their books based off first-hand observations on the course or from watching during a telecast — meaning they can’t use any tools or devices to measure slopes or contours and record that information.

caddies use only their skill, judgment and feel along with any information gained through experience, preparation, and practice to read the line of play on the putting green,” said a memo the PGA Tour sent to players.

Not everyone was a fan of this change, including a top putting coach.

The last rules change to know will take a detour from the pro game and cover high-level amateurs. The USGA and R&A updated the Rules of Amateur Status, which also went live on Jan. 1, 2022. And, just as the NCAA adopted its name, image and likeness (NIL) rules six months ago, golf’s governing bodies are following suit.

According to the USGA and R&A, there will now be “no restrictions related to receiving expenses or using one’s name, image and likeness (NIL) to promote or advertise.” The most high-profile example of this came when Lucy Li, 16 at the time, was investigated for appearing in an Apple Watch ad in January 2019. She wasn’t paid for the appearance and received a one-time warning, but instances like that will no longer cause a stir. Amateurs can now make money off their name, image and likeness.

Additionally, you might notice “expenses” mentioned above. Amateurs can now receive money to cover them without restrictions.

“An amateur who does not qualify for a national or collegiate program now has the same opportunity to find a way to cover expenses without being required to report the source to a national, regional or state golf union or association and may publicly reference the source of then assistance,” the rules overview states. “Removing complex reporting procedures and restrictions allows all amateurs the same opportunity to seek assistance with their expenses and introduces additional equity and inclusion in the amateur game.”

The other main change for amateurs is that they can now accept prize money up to $1,000 (previously $750) in a scratch competition, although prize money cannot be collected in handicapped events. In the latter they can still receive things such as equipment, clothing or pro shop credit.