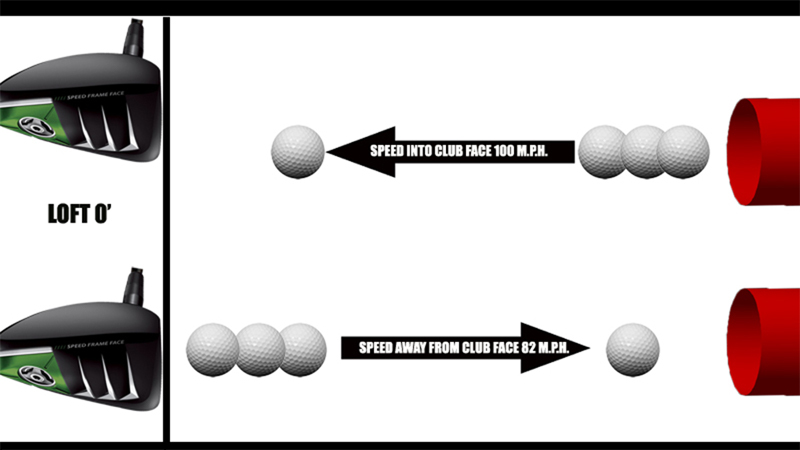 Ever wonder why some golf clubs with same specs offer different distances? Other than the obvious reasons like the shaft, angle of lie, it is most probably due to the “Coefficient of Restitution”.

COR (Coefficient of Restitution) is a term that describes the energy transfer between two objects, when they collide. In our context the Golf club and Golf ball. The golf club with a higher COR offers more distance than the same type of club with a lower COR.

COR is always a number expressed between 0.000 and 1.000. When COR is 1.000 it means a perfect collision and all the energy is transferred from one object to another. A perfect collision is impossible to achieve in Golf simply because the golf ball and the golf club are made of different materials. The two have totally different weights and masses. But the manufacturers are always trying to break the barriers with each new model of golf clubs.

The USGA and R&A regulate COR in golf clubs to prevent manufacturers from making golf clubs that totally overwhelm golf courses with extraordinary distances. The current COR limit in golf clubs is 0.830. Any club with a COR measuring higher than .830 is ruled non-conforming.

The terms “coefficient of restitution” and “COR” came into the mainstream golf lexicon as ultra-thin-faced drivers began to proliferate in the early 2000s. An effect of the thin faces is known as the “spring-like effect” or “trampoline effect”. The face of the driver depresses as the ball is struck, then rebounds, providing a little extra oomph to the shot. A driver that exhibits this property will have a very high COR.