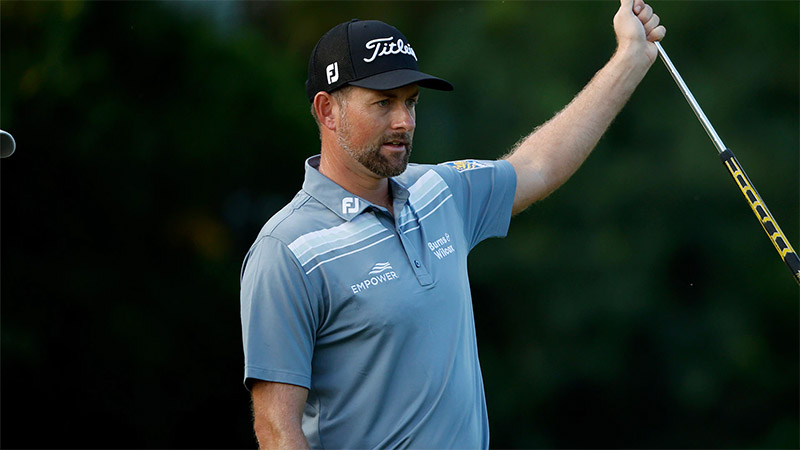 A new year means a fresh start, and that’s exactly what Webb Simpson craves as he makes his 2022 debut at the Sony Open.

“2021 was a frustrating year for me,” Simpson said Tuesday. “Battling flu, COVID, neck injury, and I feel like that crept into my golf game.”

As those ailments plagued his game, he failed to record a win last year and he missed out on the Tour Championship and Ryder Cup for the first time since 2016.

“It was really hard for me not to be [at the Ryder Cup],” he said. “Because I’ve experienced the joy of winning the Presidents Cup three times, but 0-for-3 in Ryder Cups.”

Last year was a year like no other for the 2012 U.S. Open winner, but he’s using the hardships as a lesson moving forward.

“It was a letdown year, I guess, this past year,” he said. “And I realize, you know, I have a lot of sympathy for guys who have gone through injury because I had never gone through it and it really messes with you for a while. It hinders your workouts and it hinders your practice.”

But once Simpson got healthy, he returned to competition during the PGA Tour’s fall slate. Following a missed cut in his first start at the Shriners Open in Las Vegas, he sought out one of the game’s best swing gurus just as others like Rickie Fowler and Danielle Kang have done recently.

“After the Shriners tournament, I got a lesson from Butch Harmon and Paulie [caddie Paul Tesori] and I and Butch all agreed I needed to get more on top of the golf ball and kind of shallowing out a little bit and we saw some good changes at CJ Cup and it got even better at RSM,” Simpson said.

The lessons paid off. He finished T-14 at the CJ Cup, which was last fall’s strongest field, and then T-8 at the RSM Classic, though, he admits he felt he never had a chance to catch Talor Gooch, the RSM’s eventual winner.

At 36 years old, Simpson believes that there’s still time for him to get back to his winning ways and some of the game’s elder statements who have notched victories lately have given him the confidence to do that.

“In my mind, I’ve got a good 10 years left,” he said. “Stewart Cink is giving me a lot of hope. He’s playing some awesome golf, winning golf tournaments in his mid-40s. If I can stay healthy and keep loving golf, I mean, I still love golf, which is a blessing. I think it’s easy to burn out. I’ve burned out many times.”

Now fully healthy once again, plus with what he’s worked on with Harmon, Simpson is excited about the future and thinks 2021 could just be a blip on the radar.

“I feel like my game is in a good spot,” he said, “and I fully believe my best golf is ahead of me.”