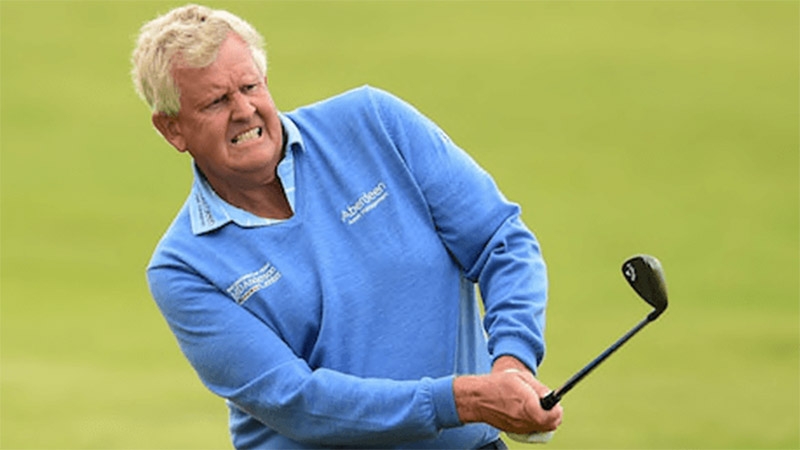 Colin Montgomerie has called on the PGA Tour and DP World Tour to “fight off” the threat of a Saudi-backed Asian Tour and avoid a “seismic shift” in golf.

The Asian Tour has been boosted by a $200m investment from the Saudi Arabia government’s Private Investment Fund.

There are fears this could lead to a Super League in the men’s game.

“It’s a shame it’s come to this. We used to work well with the Asian Tour and now we are at loggerheads because of money,” Montgomerie told BBC Sport.

“We never played the game for money as such on the European Tour [now DP World Tour] when I first started out. I was trying to see how much better I could get as a golfer. Now it’s all about that evil word, money.

“It’s a shame. Let’s hope the European Tour is closer to the PGA Tour than we’ve ever been before and we can fight it off.”

Golf is one of several sports used in Saudi Arabia’s efforts to rebrand itself amid concern over its record on human rights, a process regarded in many quarters as ‘sportswashing’.

Next week’s Saudi International, which had its first three editions on the DP World Tour, switches to the Asian Tour and becomes its flagship event, with a prize fund increased from $3.5m to $5m. Organisers claim it will be the strongest international field assembled on the Asian Tour.

It has attracted more than 20 of the world’s top players, including American major winners Bryson DeChambeau, Dustin Johnson, Phil Mickelson and Bubba Watson, as well as Olympic champion Xander Schauffele.

“This is only the beginning,” former world number one Greg Norman said in November after being unveiled as chief executive of Liv Golf Enterprises, which is funding 10 new Asian Tour events to be staged annually over the next 10 years.

“There are some big names from the US coming over to participate and be courted into this system and let’s hope, putting my old man’s hat on, let’s hope we fight it off.

“We’ve had a couple of these ideas before, other leagues trying to damage the game which was never broken. The PGA and European Tours are not broken, they are in good health. So why try to fix something that isn’t broken?”

The fight has already begun with the PGA Tour’s flagship event, The Players Championship, doubling its prize pot and threatening Ryder Cup sanctions.

“The Players was a $10m event two years ago. This year it’s a $20m event,” Montgomerie pointed out.

He also said the $40m Player Impact Fund, brought in by the PGA Tour to reward popularity over success, was another example of the PGA Tour “trying to keep their top players”.

“That money could have been used to promote the women’s game,” he added. “It’s a ridiculous amount of money to be thrown at people who don’t need it.

“But they know this problem is coming from Saudi and they need to sustain what they have.”

However, the Scot accepts it is tough for players given the “scary” amount of money involved.

“As self-employed individuals, can you blame them? But they’ve got to remember where they started and give some of that back,” he added.

“The ruling bodies of the European and American tours have said if you go the Saudi way then forget about the Ryder Cup, forget being captain and playing.

“It’s going to be an interesting few months ahead.”