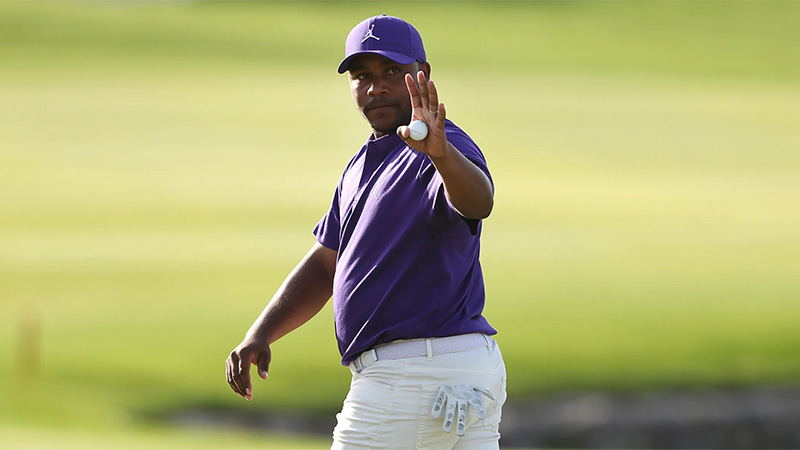 Harold Varner III drained a huge eagle putt on the 18th hole of the final round to snatch victory at the 2022 Saudi International on Sunday.

A shot behind Bubba Watson and off the front edge of the 18th, Varner’s hopes had looked to have slipped away.

It sparked jubilant scenes from Varner, who embraced his caddy Chris Rice as they celebrated on the green.
The official Saudi International Twitter account reacted to the events, saying: “WHAT JUST HAPPENED!?”
The 31-year-old Varner had to fend off a stacked field in what is the Asian Tour’s flagship event.
PGA Tour stars such as Dustin Johnson, Phil Mickelson and Xander Schauffele traveled to play in the tournament, though the 2020 US Open champion Bryson DeChambeau had to withdraw on Friday citing a left hand and a left hip injury.

It looked like Varner’s opportunity might have passed him by with Masters champion Watson top of the leaderboard heading into the 72nd hole of the four days.
But it was the world No. 99 Varner who ended up on top, his massive putt earning him a reported $900,000 from the event’s $5 million prize pot.