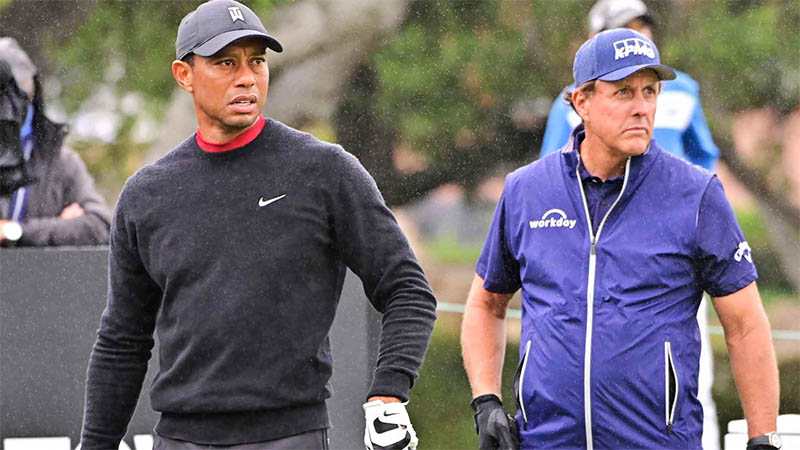 If a quarter-century of Tiger Woods press conferences have taught us anything, it’s not to get our hopes up.

The 15-time major champion doesn’t have any outstanding beef with the media and his relationship with reporters isn’t contentious. And like any coworker who’s been around for the majority of one’s career, both parties have respect for the space the other occupies. (Wednesday’s presser at the Genesis Invitational revealed Woods even keeps nicknames for some reporters.)

Despite that respect, Tiger treats public statements the same way most of us treat trips to the dentist: necessary, but preferably as infrequent, painless and brief as possible.

In his press conferences, that manifests itself largely in boredom. With rare exception, he remains true to his early-intervention public relations training (Earl was an Army PIO for most of his childhood). He answers only the questions he’s asked, generally in as few words as he can muster, with the unstated aim of producing nothing of substance.

In other words, Tiger’s talents with media might not raise to his ability with a golf club, but they’re both worth praise. When he says nothing, we hear it, and when he says something, anything of substance, we listen.

On Wednesday at the Genesis, well past the 20-minute mark of his press conference, Tiger broke from form. It happened so quickly and sounded so similar to the answers that came before and after, it’d have been easy to miss. The question came from the Associated Press‘s Doug Ferguson, who wondered, did Tiger share Phil Mickelson’s gripes with the PGA Tour over its usage of his media rights?

Tiger took a deep breath, then delivered a 320-word soliloquy that said a whole lot of nothing, but revealed a striking amount of insight. Below is his answer, in full:

“Yeah, that’s something that — we’ve struggled with that for decades really. If you remember Larry [Rinker] wanted to unionize our Tour and we went through that whole process.

Probably what we didn’t understand at the time even when I first came out here over 25 years ago is where our Tour would go, where our media would go. We barely had cell phones, barely had the internet.

Media rights is a big thing. A lot of us are concerned about what is the direction where we’re going and how can we have more control over that. There’s been a lot of talk from whether it’s the PAC or the board or from players internally. Everyone has their opinion about it, but we need to come to a collective decision.

Jay has taken it all in to try and figure out what’s best for each and every individual player because we’re all independent contractors, but again, what is best for the Tour as a brand as well. Trying to put all that together, meanwhile still grow the Tour at the same time and all the different media rights that have come about over the last 10 years, whether it’s streaming, which didn’t exist, where do you go on that, where does the Tour go, who owns those rights, how much do you share of that, where does it go.

But I have to say that one of the things that allows our sport, what separates our sport so much is, one, the fact that we were able to have the best retirement plan there is in all of sports, and we have an opportunity to play well past our playing days and still earn well over a million dollars well into our 50s where football players are done at nine years.