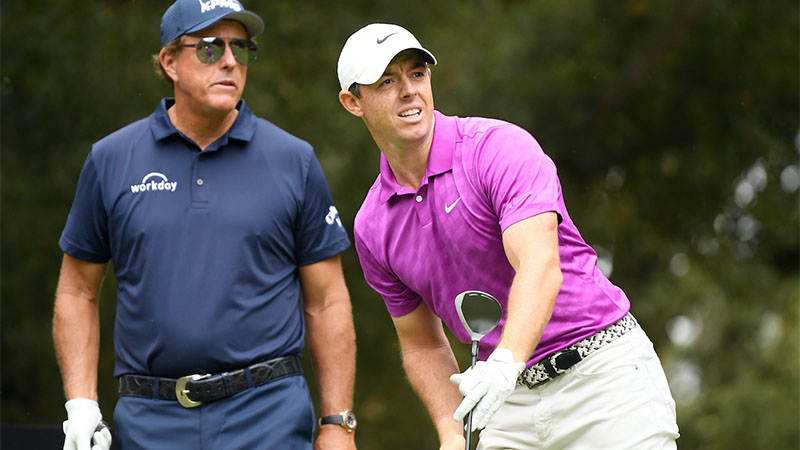 A tumultuous week that began with Phil Mickelson’s bombshell comments about the Super Golf League ended Sunday with Rory McIlroy declaring that the rival tour was “dead in the water.”

Mickelson received plenty of blowback earlier this week when he said that he was willing to overlook the Saudi Arabian government’s myriad human-rights violations in order to gain leverage on the PGA Tour.

The interview – which took place in November, with golf writer and author Alan Shipnuck – seemed to spur many of the top players to voice their support for the PGA Tour, with Bryson DeChambeau and Dustin Johnson ending months of speculation by announcing Sunday that they wouldn’t sign up with a rival league.

McIlroy, who in spring 2019 was the first superstar to spurn the Saudis, was asked after his round Sunday what he made of Mickelson’s controversial comments.

“I don’t want to kick someone while he’s down, obviously,” he said, “but I thought they were naïve, selfish, egotistical, ignorant.

“It was just very surprising and disappointing. Sad. I’m sure he’s sitting at home sort of rethinking his position and where he goes from here.”

Mickelson has not made any public statements since the Fire Pit Collective published the story, and it was unclear when he would next compete on the PGA Tour.