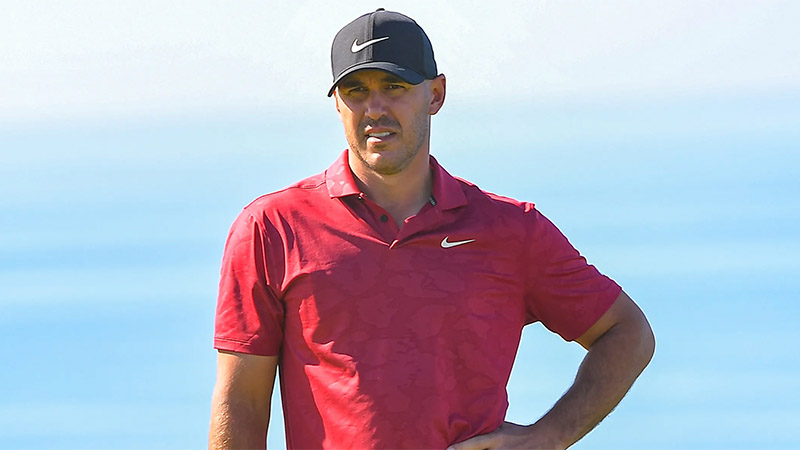 On Sunday, Rory McIlroy said that Saudi Golf League is “dead in the water.” But some of golf’s biggest names still see signs of life.

After several of the world’s top players, including Dustin Johnson and Bryson DeChambeau, two of the most notable names linked to the Saudi-backed super league, committed to the PGA Tour moving forward, Brooks Koepka believes the saga will continue.

“I think (the SGL is) going to still keep going,” Koepka said Wednesday at PGA National ahead of the Honda Classic. “I think there will still be talk. I think — everyone talks about money. They’ve got enough of it. I don’t see it backing down; they can just double up and they’ll figure it out. They’ll get their guys. Somebody will sell out and go to it.”

Rickie Fowler agrees with the four-time major champion, saying the Saudis aren’t “scared about the situation” and thinks the competition between the two circuits will motivate the Tour to come “out in a better place.”

But Koepka and Fowler won’t be one of those “sell-outs.” They both expressed their satisfaction with the PGA Tour, unlike Phil Mickelson, who has repeatedly taken exception with how the Tour operates.

While Fowler isn’t contemplating playing anywhere but on Tour, he has found room for improvement and has taken the initiative to make it better.

“It doesn’t necessarily have to do with money,” he said Wednesday. “I won’t go into details in here, but stuff has been mentioned. I’ve met with [PGA Tour commissioner Jay Monahan] at times, we’re going to get together, and he’s sitting down and meeting with players continuously over the weeks, and yeah, do I think [the Tour] can be better? Yes. But at the same time, I do believe that it is still the best place to play currently.”

Daniel Berger, like Koepka and Fowler, is one of those players who have no intention of bolting to the SGL as he’s excited to see how the PGA Tour evolves in Monahan’s hands.

“I’ve always been behind the Tour,” the world No. 21 said Wednesday. “I think Commissioner Monahan is the right guy for the job. I think he’s done an amazing job through COVID, something that people didn’t give him enough credit for what he was able to do in such challenging times. There’s no one I would trust more to guide the Tour through all of these difficult times, and I think he’s done a great job. I like where the Tour is headed.”

And though most have declared their — in Jon Rahm’s words — “fealty” to the PGA Tour, the Saudi’s money might still be enough to keep them afloat in convincing some players to eventually jump ship.