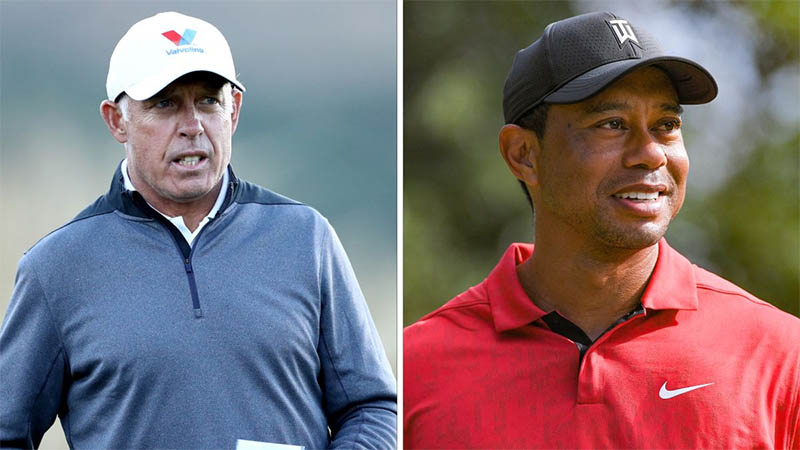 From the staggering reported Super Golf League offers to the PGA Tour’s Player Impact Program and increased tournament purses—most notably, the whopping $20 million up for grabs at next month’s Players Championship—there’s been a lot of money talk in pro golf recently. But it turns out that Tiger Woods, arguably the game’s all-time greatest player, never concerned himself with prize money during the heat of battle.

Which probably helps explain why he used to win so darn much.

Woods’ longtime caddie Steve Williams is involved in a podcast series, “Chasing Majors,” with Australian Golf Digest writer Evin Priest titled. And in episode 3, Williams revealed something that Tiger never did at the end of a tournament—and why that set him apart from his peers.

You should check out the entire episode—and the entire series, for that matter—but here are the candid comments from Williams, who was on Woods’ bag for 13 of his 15 major titles, that caught our attention.

“One of the things I admire most about Tiger—I admired a lot of things about him—but one thing I absolutely admired about Tiger is that at the completion of a tournament you’d into the scorer’s hut and you sign your scorecard and you hand it in,” Williams said. “And they always have a sheet with the prize money allocation for everybody so you can look up on the screen to see how you finished and look down and see how much you won. Tiger never, ever once took a look at that. . . . He played to win trophies and create records, not for prize money.”

Yes, you certainly could argue that. Woods’ arrival helped increase prize money exponentially, making himself and many of his fellow tour pros richer than they probably could have ever imagined. And with endorsements, Tiger became a fixture at the top of Forbes’ annual list of highest-paid athletes for more than a decade with career earnings approaching $2 BILLION. So, yeah, he didn’t need to worry about what he was going to make for a T-9 finish in a given week.

Still, it’s a cool little nugget into the mind of one of the fiercest competitors in sports history. And it’s nice to know that pro golf isn’t always about the money.