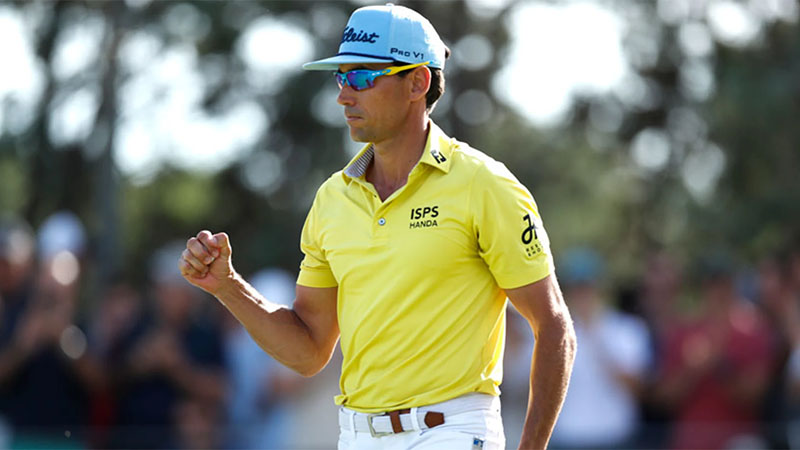 Over the last 72 hours I have been involved in the opening of Pakistan’s first signature golf course, the Rumanza Golf & Country Club.

I captained one of the teams in an exhibition held on Sunday and my teammates included 17-year-old amateur Humna Amjed — one of Pakistan’s most promising female golfers — and Pakistan No. 2 Ahmed Baig.

We had a tough time as we were up against three-time Ladies European Tour winner and five-time Solheim Cup player Charley Hull, European Ryder Cup vice-captain Graeme McDowell and one of Pakistan’s leading professionals Humza Amin.

We unfortunately lost the match, with Team Hull shooting an impressive 14-under par to take the win.

A large crowd of fans followed us all in the match, along with Nick Faldo who designed the 7,533-yard, par-72 Rumanza course.

This is Faldo’s first venture in South Asia and the most ambitious course construction project in Pakistan’s history.

It’s a great course and everyone was very impressed. It’s fairly forgiving off the tee, but makes you think a lot on the second shot. The greens have lots of movement. Some really deep links-style bunkers around the greens protect some hidden pins. Nick has always been a fantastic strategist and the beauty of this course is that he makes you think about every single shot you hit.

I was hugely impressed with the vision to develop and nurture local talent, especially with the double ended driving range and a short-game practice area with putting greens, chipping greens, and eco bunkers. These state-of-the-art facilities are a first for golf in Pakistan.

The Rumanza Inaugural weekend was full of action.

When we arrived on Friday, there was a gala dinner and Q&A for us players, a live musical performance from world-famous Pakistani singer, Atif Aslam, while fireworks lit up the course.

On Saturday, we all witnessed a ceremonial opening tee shot by Faldo. This was followed by a field of 60 players, split across 15 teams, for the pro-am competition. Nick’s wife Lindsay took the win with her team of Pakistani professionals Khalid Khan and Shahid Javed Khan, and amateur player Usman Akram, carding a score of 51 points.

We also took part in golf clinics, open to spectators, with the weekend wrapping up on Sunday with the challenge match.

I am now of to Puerto Rico to play on this week’s PGA Tour event the $3.7 million Puerto Rico Open at Rio Grande. Non-stop stuff