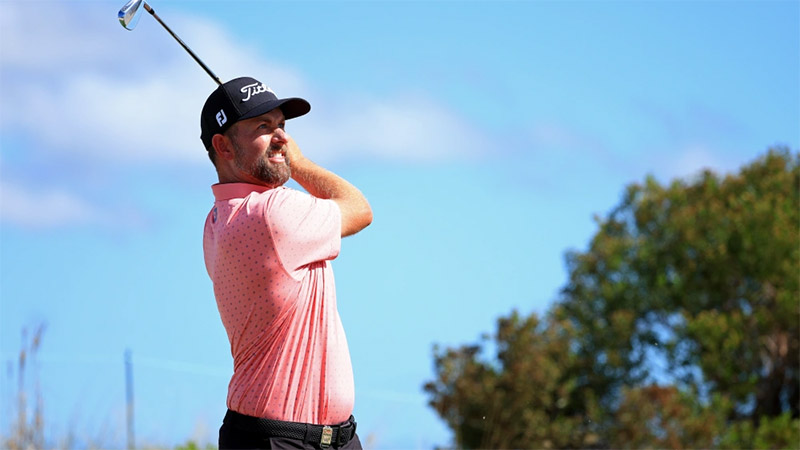 Last Monday, Webb Simpson walked onto the range at his home club in Charlotte, North Carolina, to hit golf balls for the first time since January. The seven-time PGA Tour winner had been sidelined since the Sony Open with a bulging disc in his neck and his surgeon had finally given him a green light to start hitting again.

“I was so nervous,” Simpson laughed Monday at TPC Sawgrass. “My first session on the range I was like, man, this feels great.”

It also felt great to be preparing for a tournament in March and not April or even May. That was the original diagnosis.

“The news was hard to hear because at first they said eight weeks but then they said maybe four to six [weeks], and then they realized the access I have to my trainer, who is doing my rehab for me, they said The Players is a possible option,” he said.

Simpson said the rehabilitation process has been slow and that he’s still very much on a “pitch count.” He hit balls three days last week but was limited to just 40 shots per session. On Sunday at TPC Sawgrass, he upped that number to 50 shots, and on Monday, he finally ventured onto the course for a nine-hole practice round with Bubba Watson and Cameron Young.

“I felt like we’ve had a game plan built in, now that we’re going to manage it and the surgeon said it can fully regress and I can play pain free,” said Simpson, who was diagnosed with a herniated disc in his neck.

“It was stuff that if we were in the gym and you saw me, you’d think that guy’s not even working out,” he said. “It was just tedious stuff and you had to be careful.”

The desire to compete in The Players, which he won in 2018, made the mundane meaningful.

“It gave me a goal to set my eyes to and work toward. I love this place, let’s do everything we can between now and then to be ready,” Simpson said. “If he would have said Augusta [for a targeted return], that would have been almost too long. I felt like a month was doable.”