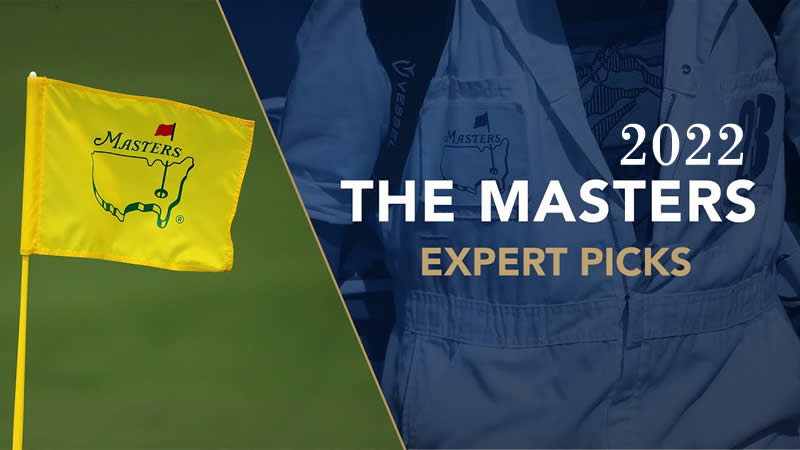 Few events are as synonymous with spring as the Masters. With its towering tree lined fairways, blooming azaleas and thundering roars that can be heard throughout the grounds, Augusta National Golf Club is the mecca of the sports world. Patrons will pack the storied course when the Masters 2022 gets underway on Thursday. The 2022 Masters field is shaping up to be one of the most anticipated groups in recent memory, and history tells us that we could be in for a thrilling finish on Sunday when the 2022 Masters schedule concludes with Round 4.

The Masters has been decided by more than one stroke just once in the last five tournaments. The lone outlier was Dustin Johnson’s historic victory in November 2020 that saw him record the lowest score (-20) in tournament history. According to the latest 2022 Masters odds from Caesars Sportsbook, Johnson is 16-1 to finish on top of the 2022 Masters leaderboard, while Jon Rahm (10-1), Justin Thomas (14-1), Scott Scheffler (16-1) and Rory McIlroy (18-1) are also among the 2022 Masters contenders. Before locking in your 2022 Masters picks, be sure to check out the golf predictions and best bets from SportsLine’s Mike McClure.

McClure built SportsLine’s proprietary golf model, which has been red-hot since the PGA Tour resumed in June of 2020. In fact, the model is up over $8,000 on its best bets since the restart, nailing tournament after tournament.

At the 2021 Open Championship, McClure’s best bets included Collin Morikawa winning outright even though he was listed as a massive 40-1 long shot. In addition, McClure’s model was all over Jon Rahm’s (10-1) first career major championship victory at the 2021 U.S. Open. Rahm was two strokes off the lead heading into the weekend, but the model still projected him as the winner.

This same model has also nailed a whopping seven majors entering the weekend. Anyone who has followed it has seen massive returns.

Masters prop bets
McClure is high on Justin Thomas to finish in the top five at +330 odds. Thomas won the PGA Championship in 2017, but he’s looking to add to his major championship collection with a green jacket.

Thomas’ best finish at Augusta National is fourth place in 2020. The 28-year-old will now enter the 2022 Masters full of confidence after finishing eighth or better in three of his last five starts on the PGA Tour. The 14-time PGA Tour champion also ranks second in scoring average (69.617) and third in birdie average (5.22), the main reasons why McClure expects he’ll secure a top-five finish this week.

Masters head-to-head matchup picks
McClure’s 2022 Masters prop picks also include Collin Morikawa (+112) over Rory McIlroy in a head-to-head matchup. Morikawa has been on a tear this season, securing a top-10 finish in five of his seven official starts on the PGA Tour. He’s one of the best ball-strikers on tour, which makes him a serious contender at Augusta National. In fact, Morikawa enters the 2022 Masters ranked seventh in greens in regulation (72.22), sixth in birdie average (4.77) and 11th in scoring average (70.026).

Masters one-and-done picks
McClure’s 2022 Masters one and done picks features Jon Rahm, the No. 2 ranked player in the world. Rahm continues to find himself in the mix at the Masters, securing four consecutive top-10 finishes at Augusta National. He recorded a top-five finish in 2021 and finished inside the top-10 in his last six starts at a major championship. It’s easy to see why McClure is including the Spaniard in his 2022 Masters one and done picks.

Find more Masters picks, sleepers
McClure has also locked in a slew of other prop bets for the 2022 Masters, including a long shot higher than 50-1 to win it all. Anyone who backs one of his 2022 Masters sleepers could hit it big. You can only see them here.