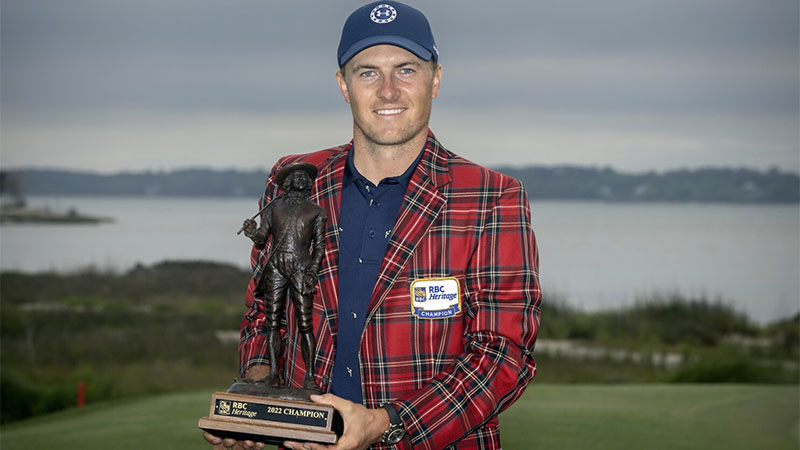 Shane Lowry is still waiting for a first win since his 2019 Open triumph as Jordan Spieth beat Patrick Cantlay in a play-off at the RBC Heritage.

The Irishman was leading at Hilton Head in Sunday’s final round when he double-bogeyed the par-three 14th after finding water with a chip.

He carded a two-under 69 to end on 12 under and in a group of seven players one shot behind Spieth and Cantlay.

Spieth defeated his fellow American on the first play-off hole.

Lowry started the day one shot behind overnight leader Harold Varner III and he carded three birdies on the front nine before another at 11 saw him hit the front.

Two excellent par saves followed but he was undone on the difficult 14th when sent his tee shot well left of the green.

Lowry’s chip rolled quickly by the hole and into the water as he registered a five before missing a good birdie chance on the 17th to tie for the lead.

Spieth (66) won with a par on the first hole in a sudden-death play-off while Cantlay (68) made a bogey after his second shot plugged in a greenside bunker.

England’s Tommy Fleetwood finished two shots back with former US Open winner Graeme McDowell on eight under after both players posted 68s.

Warm Down and Stretch After Golf