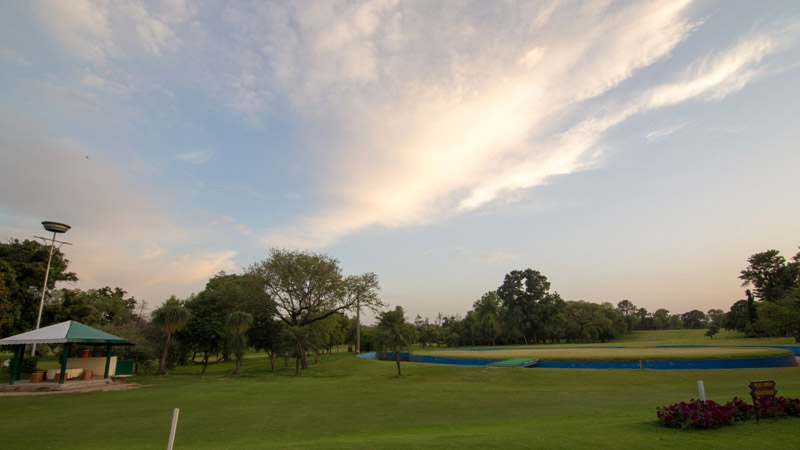 On a day when scratching heat made it increasingly difficult for the leading golfers to hold their nerves, Salman carded a gross score of two over 74 to win the trophy with a clear difference of six strokes.

Early leader Hamza Khattak had to contend with runner-up position in the amateur gross, with an aggregate score of nine over. On the last eighteen holes, he could only manage eight over 80 that did no good to his aggregate score. Lahore Gymkhana’s golfer Qasim Ali Khan was two-stroke behind, carding the final day’s best to finish third. His score of par 72 on the final day helped him gain position at the leaderboard.

Excessive heat and a triple bogey on hole No 17 messed up Omar Khalid’s chances of a better finish. The teenager from DHA Karachi carded nine over 81 on the final day to finish sixth.

“Early morning heat and triple bogey at the hole No 17 did no good to my chances. However, I gained important points and much needed experience from the event,” Omar said.

“The last round where I played five under 67 helped me take the lead in the net. I hope to improve further in days to come,” Umar added.

Though Salman had a better net score, he already had won the gross event and it was Umer who was declared the winner.

Salza Almgir (150) was the ladies net winner with Zeenat Ayesha and Uzma Nazir also getting prizes.

Seasoned pro Ghazanfar Mehmood maintained his one-stroke lead to scoop up professional title solely meant for those getting less exposure. On the last day, he carded two over to get an aggregate of par 216 for three days. The day’s best score came from Minhaj Maqsood and Asad Khan (both carding three under 69 in the last round) to finish second and third respectively in the professional category. Minhaj (217) and Asad (218) finished on the heels of the ultimate winner.

There was a three-way tie for senior amateur gross category with Ibrar Khan ultimately winning the event. Brig Tahir Zahid finished runner up with the score 158 gross over two days and Brig Masood getting second runners up trophy.

In the juniors’ category, Abdullah Aamir (66) was declared the net winner in handicap 24 and below. In handicap 18 and below competition Muhammad Danyal with the score of 64 net emerged winner.

President Center for Aerospace and Security Studies, was the guest of honor who also distributed prizes among the winners.