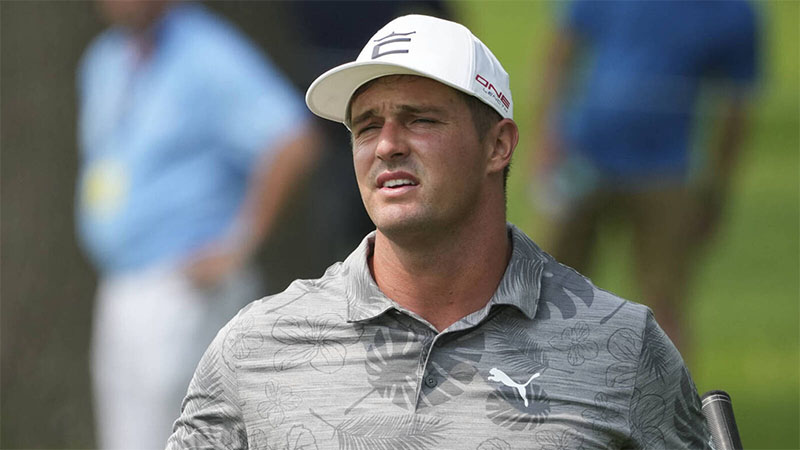 Bryson DeChambeau has withdrawn from the US PGA Championship on the eve of the first round in Tulsa.

The former US Open champion has not competed since missing the cut in last month’s Masters with rounds of 76 and 80 at Augusta National, after which he underwent surgery on his left wrist.

DeChambeau had practiced at Southern Hills for the last three days, but decided on Wednesday afternoon he was not ready to return to action.

His place in the field has been taken by fellow American Denny McCarthy.

“This week I’m unfortunately not going to play but I want to give someone else a chance who was fully prepared and ready to go out there and be healthy.

“I could play a couple of rounds, but considering I was doing half days and feeling fatigued and tired, four days is a big stretch for me right now. Endurance-wise my wrist is just not able to hold up, it’s still swollen. I’ve got to give it more time.”

DeChambeau said ahead of the Masters that he had ignored the advice of his doctors and taken a “huge risk” to compete at Augusta National after being sidelined for six weeks with wrist and hip problems.